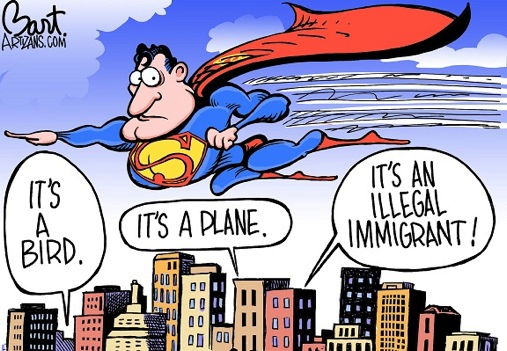 Superman - an illegal immigrant? A cartoon that made people think. Source: Richard Bartholomew

Who is the most famous illegal alien? Who else but Superman! He crash-landed in the United States with a spaceship without any papers after escaping not only another country, but another planet facing annihilation.

That is what Richard Bartholomew, a cartoonist from Texas, thought one day in 2006 when he designed the cartoon of Superman flying above a city’s skyscrapers amid shouts from below heralding, “It’s a bird,” “It’s a plane,” and ”It’s an illegal immigrant!”

“It seems like an insignificant example,” said Fred Steier at the first international Identity and Accelerated Change workshop organised by the Overheating project. “But this cartoon made people think,” Steier added. “We never thought that Superman, an American icon and perfect example of an upstanding citizen fighting for the good cause, would have been sent out and deported as an illegal immigrant if he would have to come to the US today.”

"More facts are not persuading anyone anymore"

Steier, a researcher in the Department of Communication at the University of South Florida, told this story to illustrate how it is possible to bring movement to debates that for some reasons got stuck—not necessarily by providing more facts, as many scientists might think, but by encouraging people to see things from a different perspective.

“Many scientists, in trying to persuade climate change deniers, what is it they do? They present more data,” said Steier, who has studied learning and communication in science centers for many years. 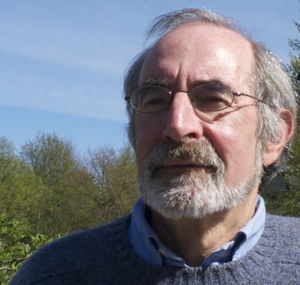 Fred Steier: "The more scientists feel they have to be scientists and present facts, the more the situation gets stuck." Photo: Lorenz Khazaleh

“But more facts are not persuading anyone anymore," he said.

"In the USA, people on either side of the climate change debate become stuck and immune to more facts. They are just defending their positions. We have to deal with an issue of overheating. The more scientists feel they have to be scientists and present facts, the more the situation gets stuck. What they really need to do is to think about how to invite people to see things from a different perspective—just as the cartoonist did. But that is not what many scientists have been trained to do.”

A method of inquiry that aims to do something about this shortcoming has recently emerged called civic science.

Civic science focuses on rethinking the nature of science, its role and relationship to society, and the identity of scientists. Civic science is concerned with scientists’ being not only scientists but also engaged citizens.

Civic science is about democratisation. The old model maintaining a one-way flow of information from science to society, argue proponents of the civic science movement, needs to be replaced by a model encouraging two-way dialogue. By incorporating other kinds of knowledge, new perspectives and ideas will be able to surface far more easily.

Such a democratisation of science can also help to restore public trust in science. Due to the commercialisation and politicisation of scientific knowledge, people have become increasingly skeptical of scientists.

“People have come to believe that someone is paying the scientists to produce facts favorable to one side. One of the first things Thomas Hylland Eriksen was asked during his fieldwork in Gladstone, Australia, was who was paying for his research,” Steier said.

“Interactors" instead of “Explainers”

Steier, whose primary fields of study are systems theory and cybernetics and who takes inspiration from Gregory Bateson, has been active in several civic science projects at the Museum of Science and Industry (MOSI) in Tampa, Florida. To encourage collaborative inquiry and dialogue, the floor staff, for example, are no longer called “Explainers” but “Interactors.” They more than occasionally respond to visitors’ questions with “I don’t know. Let’s go and look that up in the library.”

One of the more recent projects engaging Steier is the design of an Idea Zone in the museum—a third space where people can discuss controversial topics without becoming overheated.

Instead of having professional designers do the job alone, the museum has invited people from the community to think together with scientists and designers about what an Idea Zone could be.

To make the discussion as inclusive and creative as possible, they used a tool called the World Café, which creates a network of conversations among people with different points of views. It aims to establish a safe space for discussions where traditional rules of participation and authority structures are suspended.

In contrast to traditional approaches, the conversation does not occur among a few experts who eventually open the floor to questions from the audience. Instead, the World Café consists of a series of evolving rounds of discussions with participants who sit “café”-style at small tables for four or five people. Butcher-block paper and crayons on the tables are supposed to invite collaborative doodling and brainstorming. 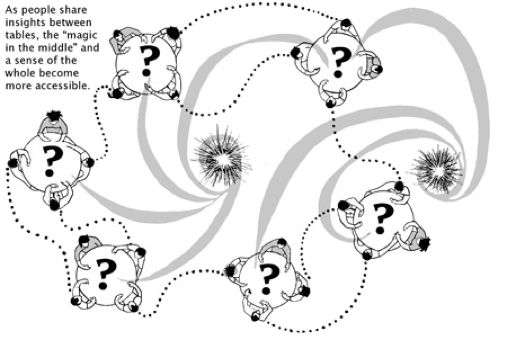 The World Café: A network of conversations where traditional rules of participation and authority structures are suspended. Source: The World Cafe imagebank

What is the role of scientists in a democracy?

“Civic science,” Steier summarised, “is meant to encourage scientists to understand that more facts won’t necessarily change stuck positions. Scientists need to embrace how people hear them as scientists. Civic science is about questions of identity: How do researchers see themselves? Who do they feel loyal and responsible for—the scientific community, the wider public, or the person who signs their paycheck? What is their role in a democracy?”

Such questions are not always easy to answer. Steier thinks an ecological approach to identity is crucial.

“When we are loading more and more into what it means to be anthropologist or scientist, we lose flexibility and become less and less capable of adapting to new circumstances. An ecological approach to identity that allows for holding to the main aspects of one’s identity, while being open to change, is the key,” Steier concluded.