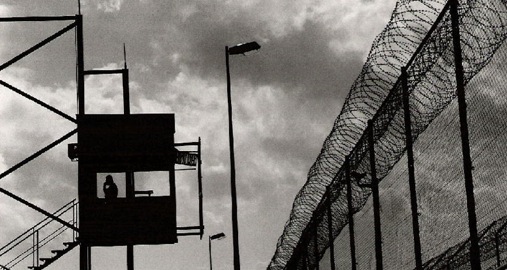 How do borders affect people's lives? In Melilla we find one of Europe's two mainland borders in Africa, a symbol of Fortress Europe. Photo: Sara Prestianni, Noborders Network, flickr

The streets in this city are strikingly clean. The concerts are free, and the new golf club located right next to the border is sponsored by the EU. It is a pleasant place with one of the highest numbers of modernist and Art Deco buildings outside of Barcelona. That is, it seems pleasant as long as one can ignore the more than ten-kilometer-long and six-meter-high fences decorated with barbed wire, the watchtowers, and the heat-sensitive video cameras that surround the city. 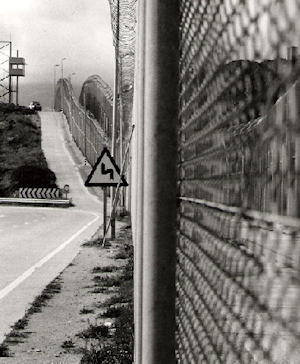 When social anthropology master student Gard Ringen Høibjerg woke up this morning, he heard some news that he has become accustomed to hearing after three months of fieldwork in this place where we find one of Africa's two land borders with Europe.

Three hundred African migrants have again stormed the border fences in Melilla, which are located only a few minutes by foot from Høibjerg's apartment in this enclave that Spain captured from Morocco in 1497.

“This happens all the time,” says Høibjerg. “At the beginning of my fieldwork, more than one thousand people stormed forward at three different locations.”

Each year, thousands of Africans — often after many months or even years of travelling — try to gain entry into the EU in Melilla in order to claim asylum or seek work so they can send money home to their families. Dozens die every year on Europe's most heavily guarded border, which is supposed to deter migrants who don't fulfill the EU’s strict visa requirements. 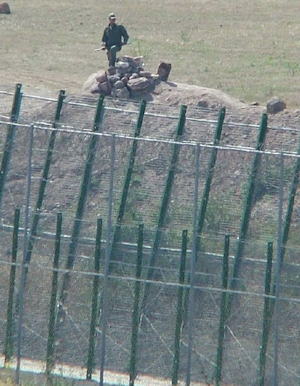 “The fence is the clearest example of the desperation you can see in migration today. In search for a better life, people risk being torn up by razor wire, falling down from the fence, and being beaten up by the Moroccan and Spanish border guards,” Høibjerg says.

The Guardia Civil, he adds, say that they have an impossible task. On the one side they are supposed to guard Europe from irregular immigrants. On the other side they have to make sure that human rights are not violated and migrants are not getting hurt. Setting up a fence with barbed wire makes it difficult to do both.

How, the Overheating-researcher wonders, do borders affect people's lives? What is the relationship like between the people on each side of the border? What do people think about the fences, the barbed wire, and the watchtowers that surround their city?

The meaning of borders

“I hope my study will bring additional knowledge to the double bind one can find when discussing borders. On the one hand, opening borders is encouraged in order to increase trade and to exchange ideas, music, etc., while at the same time, closing borders is argued to be necessary in order to protect something that is supposed to be different from the something outside. I find borders to be a peculiar construct, and as Melilla and Ceuta serve as Europe's only mainland borders in Africa, this seems to be the place to study it,” he says. 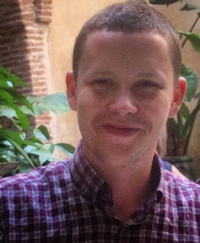 Gard Ringen Høibjerg: "I find borders to be a peculiar construct." Photo: private

Høibjerg is currently spending his days walking around in Melilla, talking to anybody he comes across about living in this peculiar place. “People are friendly and like to talk,” he says.

Among those he bumped into were some migrants who had succeeded in running through the official border crossing point during night.

“We were sitting by the sea in Melilla and they pointed out the directions to different places in Spain where they would like to go. One of them wanted to become a pilot, the other one wanted to study at a university. Now they are here in Melilla and they have a difficult time. Their plans are to get on the passenger ferry to Malaga and they hope they won't get caught. They don't have money for the ticket nor papers to get to mainland Spain. They said they'll try to sneak around the guards in Malaga, as they did in Melilla. Although they are officially on Spanish soil, they are required to show their passport before entering cities on mainland Spain,” he explains.

In border regions, issues such as migration and notions of national identity get intensified and overheated. How and in what ways does this happen, wonders the anthropologist. 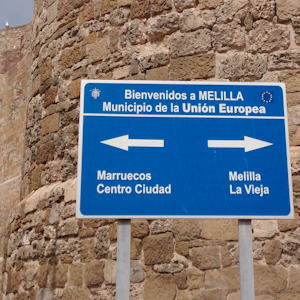 Morocco to the left, Europe to the right: the Spanish enclave Melilla. Photo: Gard Ringen Høibjerg

Due to its location and history, Melilla has quite a mixed population. Among its roughly 80,000 inhabitants, we find nearly as many Christians as Muslims, plus a small Jewish community. How do they live together? What is the role of the authorities?

Because Melilla is dislocated from Spain, the EU spends lots of money on processes of “Spanification,” or Europeanization, of Melilla.

“The European Regional Development Fund sponsors a lot of activities in the city to maintain a picture of a Spanish or European place. The city seems to be a quite subsidized place. I've been told that during the economic crisis, even though EU funds for other parts of Spain were reduced, construction and restoration projects of public areas in Melilla kept going.”

Despite the high fences, there is some contact between Melilla and its Moroccan neighbor—province Nador—that Gard Ringen Høibjerg wants to take a closer look at.

A special agreement ensures the right to a free day visa for the citizens of both sides. “All you need to obtain it is an ID card that proves that you are from this province; then you are free to go,” Høibjerg explains. 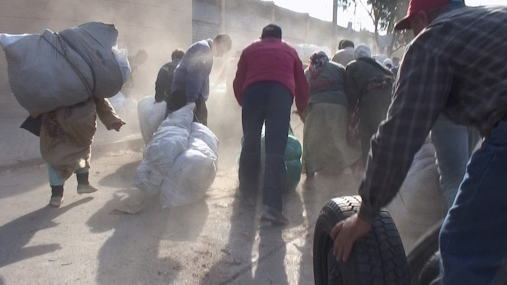 Crossing the border in order to make a living: Moroccans on the way from Melilla to their home town Nador. Photo: Stéphane M. Grueso, flickr

Høibjerg’s first observations reflect the economic differences between the two countries. While Spaniards cross the border mainly for fun (cycling, enjoying the beaches), Moroccans visit the other side in order to earn a living. They engage in what is often referred to as “irregular trade.” Many come to Melilla to trade goods in Morocco that Spaniards have thrown into the trash — for example, five-liter water cans.

On the border, long lines of Moroccans, many of them elderly women, can be seen. These people are carrying huge packages tied to their backs. The packages include items they can sell in Morocco: blankets, electronics, food, and alcohol.

“There is supposed to be a sort of rule that says if you can carry it on your back, you can take it into Morocco without paying taxes. That's why everybody carries the goods on their back,” the researcher explains.

Arenas where all groups of people mix and interact turned out to be difficult for Høibjerg to find. 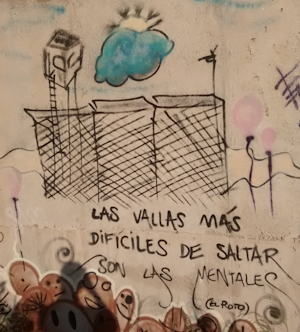 "The most difficult fences to jump are the mental ones": Graffiti in Melilla. Photo: Gard Ringen Høibjerg

Spaniards who cross the border seem to be more interested in the Moroccan nature than in the Moroccan culture. Many Moroccans gather in the so-called Moroccan street in Melilla, where they drink beer with other Moroccans.

“Later today I am going to meet a guy I met yesterday who complained about the lack of interaction between the different groups in Melilla,” Høibjerg says.

He adds that he also found some links to Norway.

“One hundred meters from here, there is a pizza place called Cafeteria Stavanger. The owners know some people from Stavanger who come here on vacation. I've also been told about a family that used to live in Norway but now lives here in Melilla. I think I will talk to them one day.”