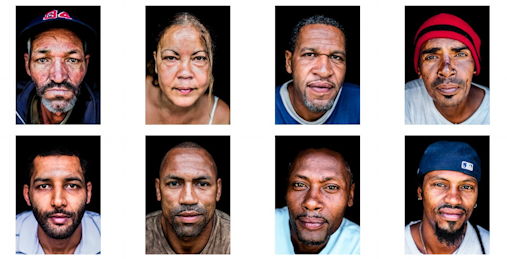 "Most deportees legally immigrated to America, as children, with their families. Because they did not become citizens, their various encounters with the legal system ultimately cost them their right to live in America." Screenshot from Andrea Wise's art project Returned with pictures of deported migrants in Cape Verde.

Anthropologist Heike Drotbohm is looking at a recent picture of Jacky and is puzzled. She met him six years ago and now she can hardly recognize him. While peering at more pictures of deported migrants she met between 2006 and 2008 on Cape Verde during her fieldwork, she is compelled to make the same conclusion. All of these people seemed to have aged disproportionally fast.

Their faces, it seems, tell us uncomfortable stories about the transition from a mobile and independent life to the forced immobility on Cape Verde: an arrow-shaped archipelago in the Atlantic Ocean that the men left many years ago.

We are living in times characterized by increasing mobility and transnational connections — or so it seems, at least, for some people in the richer parts of the world. At the international workshop Identity and Accelerated Change by the Overheating project, Drotbohm told stories about the growing number of people for whom the opposite is true.

The researcher from the University of Freiburg in Germany has together with Ines Hasselberg co-edited a special issue of the Journal of Ethnic and Migration Studies, that was just published, called Deportation, Anxiety, Justice: new ethnographic perspectives.

“Deportation”, they write, “has come to be regarded as the unavoidable way to deal with foreign nationals who are deemed unwanted”. Therefore, it has become vital in their view to look at how this form of “state punishment” is digested in migrants’ daily lives. 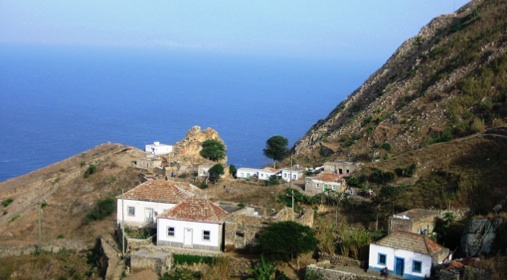 Cape Verde: a beautiful, but barren place that throughout its history has been dependent on contact with the wider world. Photo: Heike Drotbohm

Cape Verde, where Heike Drotbohm was on fieldwork, consists of a group of 10 islands between the west coast of Africa and the east coast of Brasil. It is a beautiful, but barren place that throughout its history has been dependent on contact with the wider world.

Few places, if any, have experienced migration as much as Cape Verde. Since the early 18th century migration has been the most important survival strategy. Now, the diaspora population outnumbers the approximately 550,000 residents on the islands. Every family has members who emigrated. Their favorite destinations are the US and Portugal.

But tougher migration policies in Europe and Northern America, especially in the aftermath of 11 September 2001, have been threatening the centuries-old transnationalism of this island community. With the exception of the political and economic elite, most Cape Verdeans cannot anymore count on their access to European or North-American visas. More and more migrants have been returned to Cape Verde against their will.

Few people experience immobility more than deported migrants. Thrown out from their former country of residence, separated from friends, family, and place of work, their life all of a sudden comes to a sudden halt. “Deportation”, the anthropologist explained at the Overheating workshop, “brings the dynamics of spatial and social mobility to an end and produces a kind of social and individual standstill. Deportation is an experience of radical deceleration, individualization, atomization”. 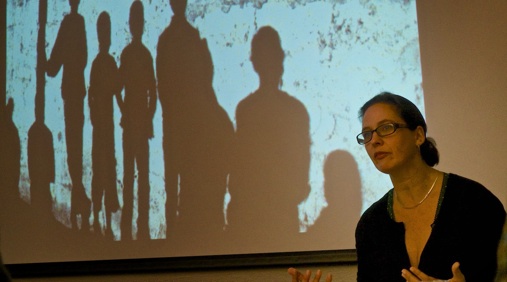 Heike Drotbohm: "Life on Cape Verde is determined by those who are not there." Photo: Lorenz Khazaleh

Hiding their reasons of return

Deportees know that they are seen as failed immigrants and as a disappointment to everyone related to them. As migrant from Cape Verde you are expected to send remittances to your kin on the island. These remittances constitute the most important household incomes. As deported migrant you are no longer able to fulfil this obligation. You are returning empty-handed and will have to depend on help from those people you were supposed to support instead. An awkward and burdensome situation.

Most “deportados” try therefore to hide the true reasons of their return.

“They did not know the reasons of my return”, Toni, a small, energetic guy, who once owned a tattoo shop, told the anthropologist. “I had some hundred bucks in my bag and we just had a great time. We drank, and the girls loved me. This was heaven.” He bursts out in laughter. “I was the big guy, once in my life.”

But after six weeks, other Cape Verdeans started asking him when he would have to leave. He felt he had to make up a story. He told them he would travel to the US while he in reality would hide on the neighboring islands, especially in the country’s capital Praia where it is easy to disappear in the crowd. That is indeed what he did. But his hope for a life of anonymity did not last for long. “You cannot really hide on these islands”, he said afterwards. “It did not take a long time and my friends discovered me and found out about my real reason for return.”

"They just stared at me"

Many deportees are sent back to a place that they are unfamiliar with, as they had left it as a child. This was also the case with Toni. Although he lived for the his first weeks in his grandmother’s house, he felt like a stranger. 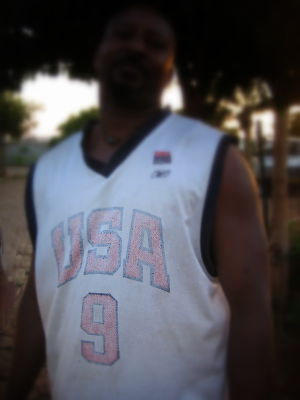 “I thought I would die”, he remembers. "I did not speak Creole. I did not talk to these people, they just stared at me. Those living in the same house, they watched everything I did. I felt so strange, so different. So lonely. I had to start everything from the beginning again. Learn how to walk—on these type of streets you walk differently. My legs were aching every night. I had to learn how to talk, learn how to interact with the people, learn how to eat. I missed everything familiar to me.”

Jacky was also struggling with re-integrating into the place that once was his home.

When Heike Drotbohm visited his home, she was puzzled by the sight of an enormous hole in his backyard. It looked nearly like a crater.

“When I came here, I did not know what to do. The first months, I just smoked weed and relaxed in a hammock”, Jacky told her. “But after a while I was done. I had no money, everything was boring. I felt I had to stay at this very place, for the first time of my life. And then I started to work with these rocks. I took a machete and a hoe and digged into the ground. The rock, the stones, all this here. This is what I do all day long. Like those guys in these camps in Siberia”, he said, laughing loud, showing the huge piles of stones and sand, which he offered for sale.

“That’s what I deserve: Breaking stones.”

In this traumatizing and depressive situation many deportees cling to elements of their previous cosmopolitan urban life. They cling to the products of their former mobilities and freeze culture into an unchanging reference to distant places. "Their cosmopolitanism," the anthropologist said, "becomes frozen and fixed into aesthetic icons."

Some, for example, keep all train and cinema tickets. Others continue wearing their baseball hats, oversized t-shirts, and baggy pants: They reproduce features of urban masculinities from their life in the USA that don’t seem to fit into this rural landscape of Cape Verde.

While some of the younger islanders, especially girls are attracted to these tokens of mobility, islanders of the older generation often complain about their “gangsta look”.

Is it because of these accounts of individual suffering after their forced return that the deported migrants have been aging so fast?

Maybe. But the anthropologist is not sure. There is one thing she is sure of, though: The precarious position of deportees reflects the crucial significance of mobility. Her research, Heike Drotbohm said, “illuminates the absurdity of deportation in a world shaped by accelerated mobility and transnational connectedness. Mobility is a certain way of life and should be recognized as such”.

Although many deported migrants after some time might be able to lead a normal life again, deportation remains in Drotbohm's opinion, “a disproportionally harsh form of state punishment”. Forced immobility is not only a double jeopardy for the migrant who already has served his sentence in the US or Europe, the anthropologist stresses. It is also a punishment for the societies of origin. These poor societies are often incapable of integrating migrants who return involuntarily and empty-handed.

Almost every month since 9/11, migrants like Jacky and Toni have been returned to Cape Verde against their will.

Heike Drotbohm and Ines Hasselberg: The Deportation Corridor. A Spatial, Institutional And Affective State Of Transit Refugees (Post on the anthropology blog Allegra) 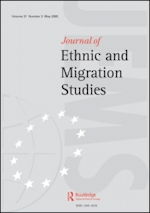 Treasa M. Galvin: ‘We Deport Them but They Keep Coming Back’: The Normalcy of Deportation in the Daily Life of ‘Undocumented’ Zimbabwean Migrant Workers in Botswana

Nicolas Fischer: The Management of Anxiety. An Ethnographical Outlook on Self-mutilations in a French Immigration Detention Centre

Ines Hasselberg: Balancing Legitimacy, Exceptionality and Accountability: On Foreign-national Offenders' Reluctance to Engage in Anti-deportation Campaigns in the UK