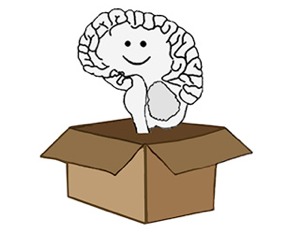 The Bateson-symposium wants to inspire to more thinking outside the box. Illustration: Jean Browman, flickr

– The most important knowledge that you will retain at the end of the conference will probably not be very specific, rather a new way of looking at things, a willingness to change perspective on a more fundamental level than what you are used to. Hopefully, you will be able to take a step back and look at the very big picture, anthropologist Henrik Sinding-Larsen, a central organizer of the symposium, promises.

Already when Henrik Sinding-Larsen worked at the research program (Cultural Complexity in the New Norway) his ambition was to bring more holistic thinking into academia. This ambition is continued in his work in the Overheating project.

For the Gregory Bateson symposium 2013 it was important for him to invite scholars renowned for their ability to think outside the box: Scholars who bridge disciplines and, not least, challenge the traditional division between social and natural sciences. 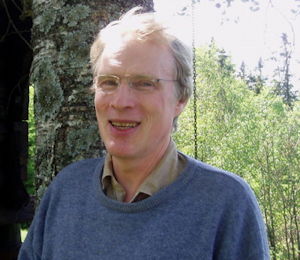 Henrik Sinding-Larsen:  Specialisation in academia is a major obstacle in understanding the connections between the economic, environmental, and cultural crisis. Photo: Lorenz Khazaleh

For Sinding-Larsen is convinced that the current division of labor in academia is a major obstacle in understanding the deeper connections between the crises approached by the Overheating project:

– The world’s major challenges today could be summarized in three crises: 1) an environmental crisis with global warming and loss of biodiversity as its prime symptoms, 2) an economic crisis with extreme inequality and the threat of breakdown of major financial systems as important symptoms, and 3) the cultural crisis with culturally and religiously motivated violence as symptoms.

– All of these crises may be deeply interconnected, but almost no one researches the connections between them. The kind of interdisciplinarity that such an endeavor would presuppose is actively discouraged, not least by the Norwegian Research Council. Instead, they prefer so-called quality research that to an increasing degree is identical to highly specialized research. This disciplinary specialization makes it increasingly difficult to get hold of the big picture, he says.

Bateson: Looking for patterns that connect

Gregory Bateson, the researcher that the conference is named after, is a “champion of multidisciplinarity”. 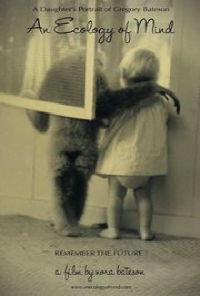 "An Ecology of Mind": Film screening open to anybody

He is often described as one of the most original and influential thinkers of the twentieth century. His daughter Nora Bateson will attend the conference and present her film about his father “An ecology of mind”. It includes footage from Gregory Bateson's own films shot in the 1930s with his wife Margaret Mead in Bali and New Guinea, along with photographs, filmed lectures, and interviews. The screening is open to anybody without registration.

– Bateson developed theories from studying the rituals of a New Guinea tribe, coupled these with insights from evolutionary biology, cybernetics, and the study of psychotherapy of alcoholics and playful behavior among dogs and dolphins, just to mention a few of his topics, Sinding-Larsen explains.

– Bateson looked for the fundamental patterns which connect. He has become a source of inspiration for scholars from a whole range of disciplines.

Bateson also formulated a list of “wrong ideas” about the relation between humans and their environment. These ideas must, according to him, be overcome if we want to solve the environmental crisis. Most of these “wrong” ideas have something to do with how we perceive and delineate ourselves in relation to others or the environment:

Interview with Nora Bateson about her film "An ecology of mind"

The invited speakers will give food for alternative thoughts.

One of them is anthropologist and historian of science Peter Harries-Jones. He is the author of - among others - A Recursive Vision : Ecological Understanding and Gregory Bateson. He is currently researching a second book on Bateson covering his earlier years in anthropology and the necessity for enfolding the concept of culture into a broader concept of eco-culture.

Biologist and Philosopher Jesper Hoffmeyer has been a central figure in establishing biosemiotics as a scientific cross-disciplinary field. He has authored the book Biosemiotics: An Examination into the Signs of Life and the Life of Signs, Signs of Meaning in the Universe and edited A Legacy for Living Systems: Gregory Bateson as Precursor to Biosemiotics. He will speak about ”semiotic freedom as a driving force in animal and human evolution”.

Jesper Hoffmeyer: On Science and Cocktails

Deacon: The search for elementary dynamics

Biological anthropologist, neuroscientist and philosopher Terrence Deacon will, in addition to the symposium, hold one of the open lectures in The Science Studies Colloquium Series (Forum for vitenskapsteori). He is pursuing Bateson’s ideas in many new ways, Henrik Sinding-Larsen explains.

– What I find most interesting with Deacon is that he represents a shift that could be called a processual or dynamic turn in science as a contrast to the structural and linguistic turn that started with Saussure. The linguistic/structuralist turn was very much a quest for identifying elementary structures. In anthropology, a typical example could be “The Elementary Structures of Kinship” by Claude Lévi-Strauss.

– Deacon makes a distinction between two such dynamics that he calls morphodynamics and teleodynamics. Morphodynamics are dynamic processes where form is created spontaneously from the intrinsic forces and constraints. Deacon uses a whirlpool in a stream as an example. If a river is constrained by a rock, there will be formations of whirls behind the rock. You will find comparable swirls in hurricanes and tornados. The form is a consequence of all actual forces and parts. In the case of a river the main force is the water flowing down a gravitational gradient. The form of a whirlpool is never expressed in advance, it is always a posthoc result of a multitude of circumstances present in the river.

– I think we can find many parallels in society. There are lots of “whirlpools” or morphodynamic systems where forms emerge spontaneously, not least in the realm of economy. Look for example on how the price of a flat is determined? A lot of forces are at play, it's almost like a kind of river running through society and making swirls around certain points.

Terrence Deacon: "A radical new explanation of how life and consciousness emerge from physics and chemistry"

– This in contrast to living, goal-directed systems that may be “in-formed” by pre-made templates like a law, the Bible, the Quran or a constitution. The Greek term “telos” means purpose or end. Deacon’s term teleodynamics means “end-directed dynamics” and is fundamentally different from the spontaneous generation of form in morphodynamics. The constitution of a nation is not an element in society that will spontaneously interact with other elements to produce a form like a whirlpool. Basic forms of the society are laid out, externalized, in the constitution in a goal directed manner. The constitution has a form that tries to perpetuate itself. This self sustaining activity is characterisic of teleodynamic forms. A whirlpool does nothing to prevent its dissapearance once the river stops running.

– To understand the interplay between the dynamics that are purpose oriented and dynamics that are “blind” or indifferent to their own continuity, is crucial. If you start to think that nothing happens “blindly”, that there is meaning and purpose behind every process, then you depart from science and move into religion. But if you think that everthing happens “blindly”, and that purpose is just an epiphenomenon, then you also move away from good science according to Deacon. I couldn’t agree more Sinding-Larsen underlines.

The need for academic "enfants terribles"

Henrik Sinding-Larsen hopes this symposium will inspire to more thinking outside the box in academia:

– Multidisciplinary visionaries like Bateson and Deacon are frequently frowned upon. I think academia needs a certain percentage of this kind of talented “enfants terribles”. They exist, but they are to an increasing degree outcompeted or “disciplined” at an early stage in our current university regime.

– I think academia to a much larger degree should encourage multidisciplarity in the sense that people may study more than one subject; those talented for it should be allowed to complete two or three educations. Maybe they will not be top experts in any of these two or three fields, but then you will have some persons that can create bridges across disciplines.

Film screening A Daughter's Portrait of Gregory Bateson: An Ecology of Mind