How do people respond to climate change?  Globalisation lets anthropology ask big questions about the state of the world. Photos: Waterworlds, University of Copenhagen

Kirsten Hastrup and Thomas Hylland Eriksen, the directors of two ambitious research programs - Waterworlds and Overheating - met recently in Oslo to discuss how anthropology is responding to global issues like climate change, inequality and interconnectedness.

The public event in the House of Literature in downtown Oslo showed that - contrary to public perception - things are changing in the social sciences as well. While some feared that globalisation might be the end of anthropology - Claude Levi Strauss was one of them - others might argue that rather the opposite is true.

Globalisation - the growing interconnectedness of people around the world - is in some way renewing the discipline. It lets anthropology ask big questions again. Big questions about the state of the world. It might, hopes Thomas Hylland Eriksen, provide “a new spring for a global comparative anthropology”.

If anthropological inquiries were not able to move beyond empirical documentation, they would amount to little more than ‘collecting butterflies’, Leach argued. We are then left with isolated bits of pieces of information that do not give us more knowledge about the state of the world. In order to be relevant both inside and outside university walls, anthropology has to connect the small local worlds with other small worlds and large global processes. 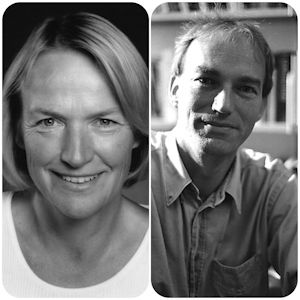 Nevertheless, for several reasons, specialisation among others, there has been a lot of butterfly collecting during the last 30–40 years. Comparative anthropology has had a really hard time. Many anthropologists tend to regard comparison as an outmoded methodology, associated with positivism, with obsolete “grand theories” about human nature, with comparing groups that cannot be compared.

People across the world have to cope with the same issues. Climate change is one of them. So how do people respond to it? What can we learn from their struggles? That’s what the 15 Waterworlds-anthropologists at the University of Copenhagen, have been trying to find out since the project started in 2009. They are comparing three dimensions of climate change with consequences for water management: areas with “rising seas”, “melting ice” and “drying lands”.

In a similar and maybe even more ambitious way, the Overheating project is asking how people respond to what the researchers have defined as the three major crises on our planet - the ecological, economical and cultural crises - and how these crises are interconnected.

– What we can see is that we can ask the same questions in the Philippines, South Korea, Canada, Peru, Australia and Sierra Leone. People in Sierra Leone are talking about climate change and neoliberalism as well. But they respond to it in different ways. This is our vision: to create a comparative anthropology of globalisation without losing our character as a discipline that studies the particular, Thomas Hylland Eriksen explained.

Good anthropology is for Kirsten Hastrup about seeing the connections that exist, to look at phenomenas as climate change from different scales:

– For fieldwork to live up to its own empirical ambition it should prove an exercise in following the connections that are traceable prior to any attempt at summing up the ingredients of the whole. Scale in anthropology always points to a particular scale of attention. From close-up to far away, and each will reveal different patterns, she explained.

In the Waterworlds project the researchers have not only focused on connections between people in far away places but also on the connections between humans, animals and nature in general. They did so-called multispecies ethnography: they studied both human and non-human organisms and their linkages.

– We cannot understand society without understanding other species that humans are dealing with in their daily life. This is true for the hunters in the High Artic as well as for nomads in Mauretania. We can no longer treat the social as something seperate from nature. When nature is changing, society is changing as well, Hastrup said who has been studying climate change in Northern Greenland. There, melting ice, is posing a major threat to local communities.

– Walruses, narwhals, hunting quotas, natural scientists projecting future climate change, sea-ice, dog-sledges, emerging tourism as the North-West Passage opens up, new political realities in Greenland – all of this and much more must be taken into account if we want to maintain the label empirical. These are matters of fact that connect directly to life in northwest Greenland, even if originating elsewhere, she underlined.

The Waterworlds project has been truly comparative:

– It’s not like that one anthropologist is writing about the Arctic, while another one is writing about Peru. We have been thinking together for several years. The comparative has been implicit in all our writings.