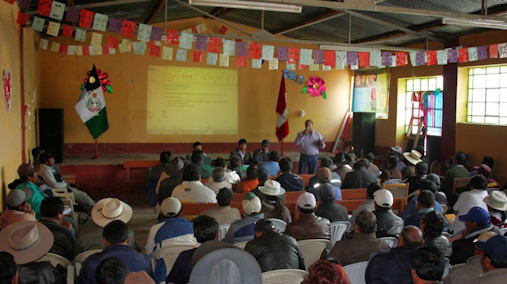 120 people showed up at a meeting on water resources organized by the highland districts in Caylloma. Now they are planning a Water Congress. Photo: Astrid Bredholt Stensrud

– Where are you now? What are you seeing when you look around you and out of your window? And what sounds are you hearing?

– I’m in my room in Chivay, a small town and the capital of Caylloma province, Peru. Looking out the window, I see the teenagers of the family sweeping the backyard and talking. I also hear birds singing and the local radio in the kitchen. From the street, I hear a familiar, but annoying tune coming from the garbage truck, the advertising from a mango vendor’s loudspeaker, and a moto-taxi passing by.

– Mostly yes, I would even say things have gone better than I had hoped for in some ways. I am looking at a whole watershed called Camaná-Majes-Colca in the Peruvian Andes that goes from the poor highlands to the mid-valley and the more affluent desert area. The connections and relations between these three field sites (Callalli, Chivay and Pedregal) have been even more clearly articulated in conversations and practice than I had expected. A couple of days ago, I attended a meeting in the highlands where I met a friend from Callalli that I interviewed in 2011, who has now moved to Pedregal. I look forward to meeting him there and hear the rest of his story.

– What are some events/encounters from fieldwork that you have to think of more than others?

– The latest news is that the second stage of a huge dam- and irrigation project (Majes-Siguas II) will proceed as planned. I almost started to think that this would never happen, as the project was stopped in 2011 after massive protests from the neighbouring region Cusco. People there contend that the dam will leave them without water as the water will be destined for the export industry and the development of the coast in the Arequipa region. This project will lead to a massive expansion of the agricultural area in the desert pampas of Majes and Siguas, and will surely also imply that the town of Pedregal (the urban centre of the Majes irrigation project) will grow out of proportions. 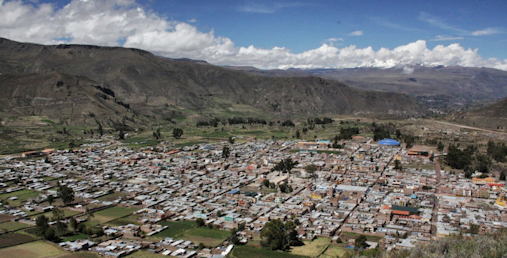 – In your letter from the field you wrote "I am struck by a new concern that seems to be on everybody’s mind these days: food security"?

– Yes, it is mainly related to the increased use of chemicals and “hormones” in commercial farming, and the fear that these chemicals may trigger new illnesses (like cancer) in humans. The question of food security does not necessarily mean a lack of food in terms of quantity, but that the quality is worsening and that the food may turn into a threat to people's health.

– This is related to climate change and the economy; small-scale farming is not profitable; it’s practically impossible to make a living out of it. So many farmers find alternative incomes (temporary work in the cities, tourist-related businesses etc), and rent their land to farmers who make more large-scale investments, and who try to combat the climatic challenges with the use of chemicals. The ideal for many people in Chivay would be to have a business to rely on, and at the same time to cultivate your own food in your own field, and some people do this as well.

– This concern with food security is also related to GMO seeds. There are no GMO seeds yet in Colca, I have been told. But villagers are worried that if they are introduced, they will eradicate the local varieties of maize and other local products. 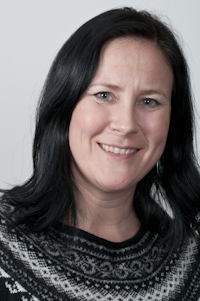 – Peru passed a law in 2011 that prohibits the import of GMOs during a moratorium period of ten years. The intention is to protect the biodiversity in the country and allow more research on the topic. However, critical voices claim that the law is not respected, and I have heard rumours about GMOs in Majes/Pedregal. In 2005, Monsanto bought the Peruvian seed company Seminis, so they are already an actor in the Peruvian market.

– How are you going to follow up on this?

– I will continue to talk to farmers in Chivay and other villages in Colca, in addition to interviewing persons in the local office of the Ministry of Agriculture. I know that there are a couple of NGO-funded projects on organic farming in two villages. I will also go to Pedregal to interview the farmers in the Majes irrigation project, and the engineers in the Agricultural office there. I’ll try to find out where the different kinds of seeds come from, and also investigate more into what these pesticides and the “hormones” or “vitamins” consist of.

– With all this focus on crises, have you also encountered signs of the opposite, something that gives hope etc?

– Well, there are attempts at getting better organized and united in the highlands. A couple of days ago I attended a meeting on water resources organized by the highland districts in Caylloma, where 120 people showed up. They are planning a Water Congress where they will discuss important topics such as climate change, contamination and the local benefits of the Majes-Siguas II project. They will invite the authorities and present their demands.

– What are the most interesting/important things you have learned about overheating in your fieldsite so far?

– Reading the Peruvian newspapers, there is still a lot of optimism due to economic growth in the country and a general decrease in poverty. But this optimism is based on projections of growth that has a terrible drawback, namely environmental degradation from the extractive industries and increased social inequality. In Caylloma province, people in local communities protest against mines because they fear contamination, but at the same time they desire the material benefits they can get from the mining companies, like new roads, schools and other social projects. There seems to be a thin line between “corporate responsibility” and attempts to “buy people off”.

– The Majes-Siguas II project (which includes the Angostura dam in the highlands of Caylloma) that is starting this year, makes people hope for job opportunities in the construction process, compensation for the ones who are affected by the dam, more irrigation water for the communities along the canal, and a piece of cultivable land or other work in the Siguas pampa. But the project is only designed for the big agro-industry and export-business, and no particular promises have yet been made to the small-scale farmers and people in the highlands of Caylloma province. 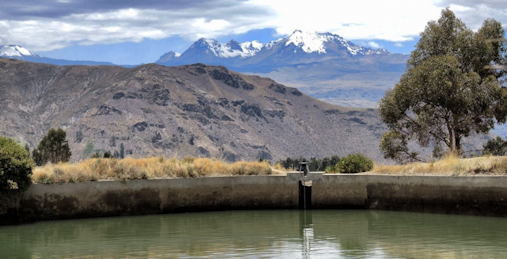 – You have been doing simultaneous fieldwork with your Overheating colleagues. How has this experience been so far?

– We use a common web-based platform where we post experiences from our fields, notes, pictures and video-clips, and where we can compare and discuss observations, methods, and ideas.

– I think it is very good and useful, although sometimes it is hard to engage in the details of other people’s research when you are immersed in your own field. It’s a question of finding a balance between a kind of analytical distance and the closeness to the life of the place you find yourself in. But all in all, I think it’s a very good experience to be connected with other researchers in a team, instead of being alone with the thoughts and doubts that fieldwork always implies.

– What connections do you see with the other projects?

– The field sites are very different, but the main connection is the ambivalence arising from hoping for job opportunities and benefits from different industries, and at the same time not approving of the environmental impact or the fact that it is the big capital that mainly benefits from these industrial projects. I think that Pedregal has a lot in common with what I hear from Gladstone (Thomas Hylland Eriksen's project), Lac La Biche (Lena Gross' project) and Subic Bay (Elisabeth Schober's project) - places with a lot of migrant workers - and I'm curious to explore this more. Issues of land ownership can be compared and contrasted to Robert Pijper's project in Sierra Leone, and the food issue - which I hadn't really anticipated to focus on to such degree - has an obvious link to Wim Van Daele's project in Sri Lanka, which I also look forward to hear more from in the future.

Fieldwork in several places at once

– What are your plans for the coming days?

– I’m moving to another town – Villa El Pedregal – in the Majes irrigation project in the lower pampa (a former desert area) and plan to stay there for a couple of months. The farmers in Majes receive water from the Colca highlands, and I want to investigate the relations between the highlands and the lowlands of Caylloma province. I have been to Pedregal several times to do interviews, as the office of the local water administration of the state is located there, but now I want to live there and get to know the people and their lives in a deeper way.

– What should I have asked you that I haven't?

– Many things come to mind, for example the methodological challenge of doing fieldwork in several places at once. This implies a lot of travelling back and forth, which can be a bit tiresome, and there are always events in one of the places that I miss out of. But I wouldn’t call it multi-sited fieldwork, as all of these places are part of the same field; the villages and towns are intrinsically inter-connected, and people here travel constantly because of family relations, job opportunities, trade and administrative paperwork. So basically I try to do the same as the local people.

– Another challenge is to make filming a natural part of fieldwork. It has been a great help to have my boyfriend visit for a month, as he has taken care of filming and photography while I have concentrated on asking questions, observing and taking notes. I really like to film, but multi-tasking is not always easy.

Letter from the field

Read more about the project