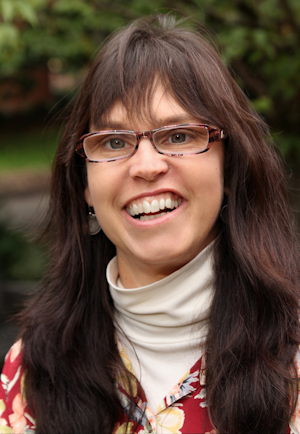 Kari Marie Norgaard: Addressing climate change is not a question of how to educate the public, but of how to move people beyond a sense of helplessness, guilt, and fear. Photo: Private

Poverty, pollution, climate change: People see all sorts of things they dislike. Why don’t they do more to change them?

– The answer has been, especially by the scientific community, “Well people just don’t understand science”, “It’s a problem of education” or “We need to give people more information”. Others claim people don’t care, are selfish and ignorant. But in fact, I think it has to do more with how we deal with information that is very disturbing, says Kari Marie Norgaard.

The sociologist from the University of Oregon is the author of “Living in Denial - Climate Change, Emotions and Everyday Life”, a book based on fieldwork in a small remote town in Western Norway that she calls “Bygdaby” during an unusually mild winter.

She wanted to find out why climate change is not an urgent political issue: What can explain the mismatch between scientific information and public concern?

– There was almost no qualitative research exploring these topics. So I took it to the field, Norgaard, a third generation Norwegian-American, explains.

This week she is going to present for the fisrt time in Norway the research results from her fieldwork. On Monday, 3.6.2013, she will speak at the Overheating seminar.

– I am excited to coming back to Norway. I began the research there because I felt Norway was a really interesting and important place to look at a problem that is facing the whole world, and that is our paralysis in the face of climate change, she says.

– Norwegians will love to hear this (laughing)

– (laughing) But it is true. Norway is a great place to ask this question. In Norway people are very politically engaged compared to the US. People vote more, the newspaper readership is the highest in the world. The quality of life is high, people are well-educated. You cannot say it’s because of poverty or war that people are not able to think about climate change.

– So if anyone should be able to respond, it would be Norway.

The answer she found in the rural small town in Western Norway is in her view a hopeful one - although it might not seem so at first glance.

On fieldwork, she was struck by a paradox. The issue of climate change was so real in the community, nevertheless nobody seemed to care: 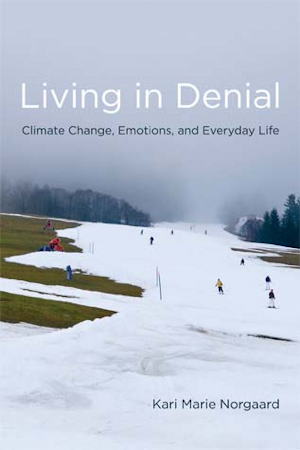 – That particular year the snow was two months late. It was the second warmest winter in the past 130 years.

– This was a huge issue because the small town was so dependent on winter tourism. The local ski area opened in late December only with the aid of 100 percent artificial snow - a completely unprecedented event with measurable economic impacts on hotels, shops, taxi drivers and others.

– Yet despite these impacts on the community, no action was taken. Although the highly educated residents of Bygdaby were clearly aware of global warming as a phenomenon, everyday life went on as though it did not exist. People did not talk about climate change, nor did they pressure politicians or decreased their automobile use.

– I looked at this silence around climate change and found climate change was a very disturbing topic. It generates a cascade of negative emotions that people try to avoid. I ended up focusing on three emotions: guilt, sense of helplessness, and fear about the future.

– To avoid such emotions of guilt, fear of the future, and helplessness, people that I studied in the community changed the topic of conversation, told jokes, tried not to think about climate change, and kept the concept off the agenda of political meetings, following cultural norms of what to pay attention to, what to talk about, and what to feel.

– Social norms of attention, conversation and emotion are powerful, albeit largely invisible forces that shape what we actually do think and talk about and feel.

– That’s what you describe as socially organized denial?

– Yes, exactly. The way we normalize the situation is collective. What looks like public apathy is socially organized denial. It is not an individual psychological disorder.

– How is this collectively organized? Do you have examples?

– People used a series of cultural narratives to normalize a particular version of reality in which “everything is fine.”

– For example there is a popular phrase “Norge er et lite land”, meaning Norway is a small country, there is not much we can do - even though Norway is a very big player when it comes to oil and natural gas.

– Because Norway’s wealth depends on oil, one prefers not to see the connections between the oil industry and climate change?

– Exactly. Norwegians also like to view themselves as being simple people who are close to nature, that’s also a way people justify their behavior. Another narrative is about being not as bad as the Americans.

– Nevertheless, I think, that the story that I’m trying to tell about Norway is a hopeful one. It’s a story that shows that people really care and are very smart. But it’s also about how we can be paralyzed in the face of such an enormous problem.

– What is hopeful about the denial of climate change?

– The hopeful part of the story is that people are denying it because it’s so disturbing, and it’s disturbing because people do really care and are really smart.

– The scientific community claims we need better science, that people just don’t understand, that people are ignorant. I’m telling them, people are actually smart. This denial is not coming from ignorance. The denial is coming from a deep-seated awareness of an unprecedented crisis. People do care, it’s just so disturbing. People want it to be different!

– So what can be done about it?

– Well, that’s a good question for which I have no empirical answer. I talk about this a little bit in my book, though.

– For one thing we have to realise that we can’t just give people information and think they will act. We have to think about how people receive information.

– Addressing climate change is not primarily a question of how to educate the public and arouse concern, but rather of how to move people beyond a sense of helplessness, guilt, and fear. We need to have a strong plan, something that looks as if it could work. There is a need for strong leadership on the governmental level.

– People feel hopeless because they feel there is nothing they can do as individuals. When you look around and see that other people aren’t caring about it, then you're feeling that there’s no point to try.

– Breaking the cycle could happen in more than one way. Here in Eugene, in my community, we try to think about how to make climate change seem more real. We have a local action plan that brings people together and makes people know there are other people working on it as well.

– Can we say the same about poverty, working conditions for textile workers in Bangladesh and so forth? We know somebody has to pay the price for cheap clothes, but nevertheless we continue buying them?

– Absolutely. I’ve done some work on human rights in the US since 9/11. I’ve written an article with a colleague about why people don’t want to know about human rights violations by our government. I think it’s absolutely true we can see the same kind of denial in many other fields.

– You are not talking about the climate sceptics, those who totally reject the idea that there is climate change and / or that it is human-made ?

– Correct, my work has nothing to do with them.

– But you do have some thoughts about them?

– I haven’t done any research, but as an observer, I would guess it also has to do with fear, and wishing climate change would not exist.

– The newer data that I have is only from the US. There is a chapter in the book about the US where I compare it to Norway.

– Norwegians have to tell me that. But those people in Norway that have been reading the book say they like it very much and that it is still relevant.

– I think climate change is interesting to theorize around. It provides opportunities to understand certain things about power and culture, how society resists change. The threat to society, to capitalism, the political structures is so much larger than anything we’ve faced before.