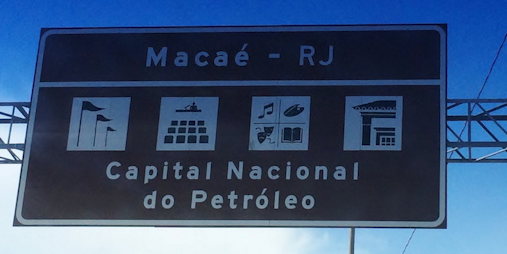 The oil rush in Macaé accounts for 85% of the oil and 47% of the natural gas output in all of Brazil. Photo: Caroline Inglingstad

The master’s student in social anthropology has just returned from Macaé in Brazil. She has been on fieldwork in this city, which is located 180 km northeast of Rio de Janeiro, in order to find out how petroleum activities affect daily life.

Inglingstad tried to study people from all walks of life: poor people, workers, middle class people, and the wealthy oil and gas agents.

Macaé seems to be a perfect place to study accelerated change and overheating. 30 years ago it was still one of those places that only its inhabitants cared and knew about. No cartographer would have considered it important enough to display its name and location on a map.

Oil was found in the area and Macaé lost its anonymity. Within four years the Brazilian state-controlled energy giant Petrobrás established one of its offices there, together with 126 other companies that would provide services to the oil industry. In the 1980s the first technicians arrived from abroad. Foreign oil firms came to Macaé in the 1990s, bringing about the real boom. Within 10 years, the number of inhabitants grew by 600%. 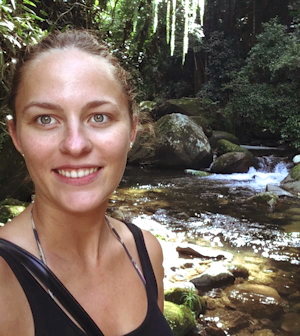 Caroline Inglingstad:  "I think, in 10–20 years people will open their eyes a bit more to the negative aspects of growth." Photo: private

Today Macaé is a busy and lively town with more than 200 000 inhabitants. When you enter the city, the road sign says “Macaé - RJ. Capital Nacional do Potróleo”: Macaé - the national capital of Petroleum. The oil rush in Macaé accounts for 85% of the oil and 47% of the natural gas output in all of Brazil. If you, like Caroline Inglingstad, were to buy a book with pictures before the oil boom and had a look at them, you probably would not recognize this place as so much has changed.

Many researchers - at least within the social sciences - would expect people to be concerned about the negative effects of rapid change.

But during her fieldwork, the Overheating-researcher encountered hardly any negative voices. People generally seem to be happy about the way their city has developed.

For many of them, Caroline Inglingstad learned, boom in fact means opportunities:

– Everybody considers the oil and gas activities to be a good thing, because a lot of new businesses are blooming. For example the clothing business, real estate, hotels: There’s a boom in the city, the city is expanding enormously and is pulsating with life now, she says.

Even the less wealthy segments of the population seem to profit from the boom:

– Many poor people sell ice cream or coconuts on the beach. They now have more and more customers. Within many booming branches like the clothing and restaurant business, you can easily get a job without any specific education. It is people with high education who have problems: They are facing tough competition from abroad, especially in the offshore-business. 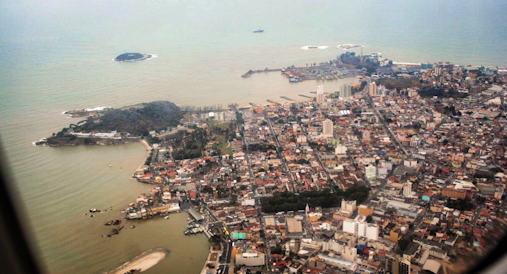 According to her informants, Petrobrás also did something positive for urban development. As a gift to the people in town, the company bought and developed a street that runs along the beach. This street, avenida atlántica, became the new social center of the town. You will not only find fancy and expensive bars and restaurants there, but also many cheap ones. Therefore it has become a popular place for people from all walks of life.

So maybe, the anthropologist wonders, Macaé could serve as an example of a place where overheating is experienced as something positive? In a somewhat similar fashion as overheating is perceived in the industrial town of Gladstone in Australia, where Thomas Hylland Eriksen went on fieldwork?

Surveys seem to support her findings. Macaé has on several occasions been named one of the best places to live (and to invest in) in the Rio de Janeiro state or even in Brazil as a whole.

But there is also another side to this development - for example the growing favelas, where thousands of people live without basic sanitation such as running water or toilets.

– I lived right next to one of these informal settlements, it wasn’t quite a favela, but it was close to being one. If you walked for ten minutes in the other direction, there was a big favela, and on the other side of the river there was another one. I was told not to there by myself after 7 or 8 pm, because it’s not safe there, the anthropologist says.

Although she never experienced any crime during her five months of fieldwork, there is a widespread fear of crime in this town.

While the favelas are growing, those who can afford to do so move into gated communities. In these enclaves she met most of the wealthy oil and gas agents.

– These people moved into enclaves because they wanted a safe place to stay in, as they didn’t feel safe enough anywhere else in the city. They are protecting themselves from people that might want to do them harm. These gated communities are equipped with lots of security and are sourrounded by big walls. They have a shopping center inside, so you never need to leave your enclave. There are also rich people with nice houses in the actual city. But you can’t really see these houses because they are hidden behind big walls. 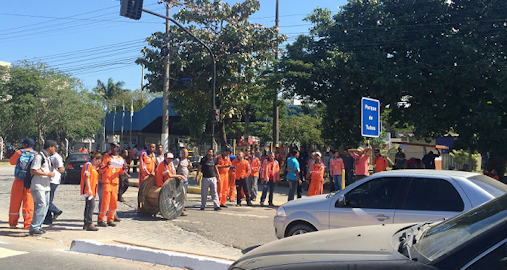 Hard to gain the trust of poor people

Whether or not these huge divisions in society have changed the way people relate to each other is difficult to say:

– People interact with each other as if there weren’t any big differences and they tend to be friendly to each other. At the same time, they prefer to keep to themselves, she says.

Yet, for the researcher it turned out to be impossible to gain the trust of poorer people.

– It was difficult to get to know poor people, because I was usually identified with the people I arrived with, and they came from wealthier backgrounds, she says.

Gender played a role as well:

– Men in Macaé were generally very welcoming towards me. The result was that the women didn’t like me, and told the men not to talk to me. Then for a while no one liked me. My mission after that experience was to get to know the women better. After they felt more secure about me and my research, I could talk to the men again. This strategy worked out with every group of people, except the people I considered to be poor. The poor women never trusted me. 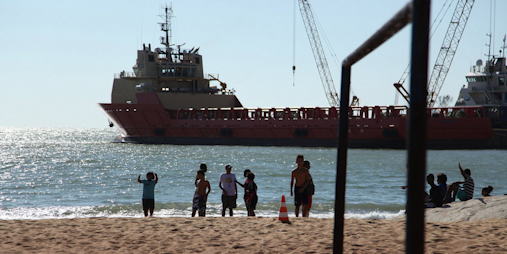 Petrobrás’ gift to the town, the street that has become the new city center, has also brought some less favorable side effects along.

The former city center is no longer an attractive place to be in and is currently turning into a favela.

– People who have lived there all their lives think it is really sad that this area that used to blossom before is now starting to wither away, the anthropologist says.

Now the area is no longer dotted by popular bars, but by oil installations.

When Petrobrás built the new street, they placed the offshore platform only a few hundred meters away from the former city center. The activities on and nearby this platform are have led to the pollution of a river and of a beach that used to be the most popular one in the area (praia imbetíba).

– People were saying a lot of beautiful things about this river. In the past, they were water-skiing there. Now the beach where the river ends up in the ocean is so polluted that it’s no longer possible to swim there. Rapid urbanisation and the oil platform supply boats have polluted this area, she explains.

Only a few activists seem to care about this issue of pollution, though. Such side effects, the researcher says, are not a main conversation topic in this boom town.

– With all the positive things going on in this town, it might be wrong to talk about a crisis in Macaé. But I think in 10–20 years people will open their eyes a bit more to these negative aspects and talk about pollution, the growing favelas, and other problems related to the seemingly neverending growth of the city.

The role of oil: shaping the local future