– We have an idea that economic wealth, progress, and increasing energy use belong together. We have to break with this idea of modernity, and replace it with idea that we can have a good life with much lower energy input, he explains.

Why are we using so much energy? How can we reduce it in order to mitigate the environmental crisis? Such questions have been usually answered by experts in the realms of technology and economy. In the next Overheating-seminar on Tuesday 16. april, two anthropologists will explain why culture is at least as important: Harold Langford Wilhite and Tanja Winther.

They are going to present their contributions to a new book called Cultures of Energy that brings anthropology to the study of energy. 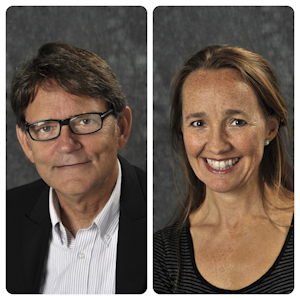 Wilhite has been working for 25 years on the cultural and social aspects of energy use. Currently he leads the interfaculty program "Environmental change and sustainable energy" (MILEN) at the University in Oslo.

Technology is not enough

One of Wilhite's main points is that correct pricing, better information and more efficient technical devices are not sufficient as stimulus for deep changes in energy consumption.

– Energy is a social good and its uses are strongly anchored cultural practices that we often don't think about like the ways we light, heat, clean, cook, commute, shop, he explains. The consumption of energy almost never follows the logic of neoclassical economic efficiency.

In order to change habits one has to understand peoples' use of energy and their notions of a good life:

– In Norwegian homes, for example we don't use light fixtures to produce light, but rather to produce a cozy ambiance. Ceiling lights in living rooms are unheard of. We put a lot of little lights around the room in order to create an aesthetic of light and shadow, contributing to the highest per capita energy use for lighting in the world.

– Norwegian lighting practices are so deeply culturally embedded that  a change will require much more than a marginal increase in electricity prices.

– Even if you are very environmentally motivated, you still won't be able to live in those houses without air conditioners. It's simply impossible to cool them, Wilhite says.

– If you expect people to change habits, then you have to provide new opportunities for exposure to and experimenting with energy sustainable practices, he adds.

When electricity becomes available for the first time

Tanja Winther wrote a few years ago her doctoral dissertation about the sociocultural aspects of energy use. She studied the changes that occurred when electricity became available to people in a village in Zanzibar, East Africa, for the first time.
Within a very short time, daily life changed completely - but not necessarily to the worse. As she will explain on Tuesday, "changes in infrastructure and technology may provide opportunity for socially sustainable change if introduced in conscious ways".

People will find ways to make new technology compatible with their daily lives and established norms.

– In one way, the introduction of television may pose a threat. For people’s desire to relax and watch television poses a potential moral dilemma in having men and women occupying the same room, which is not socially accepted. But this is balanced by the use of bright electric light which renders the room transparent and pure, she explains. 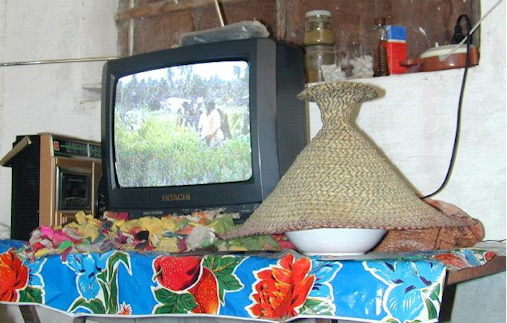 In the evenings in rural Zanzibar, the television set attracts neighbours and the extended family who come and watch. Photo: Tanja Winther

Tanja Winther is also going to highlight the importance of social aspects and questions of identity:

– In various studies, I have tried to understand why people decide (or not) to get new appliances/technologies such as electric stoves in Zanzibar, solar collectors (in Sweden, study by Annette Henning) and heat pumps in Norway. Very often, a focus on identity and social aspects is revealing, in addition to paying attention to finances etc.

In 2005 Wilhite wrote the short piece Why energy needs anthropology. According to him, it would be still necessary to write the same article eight years later:

– Anthropology was quite interested in the study of energy earlier. Leslie White for example wrote about how the harnassing of energy made civilisation possible. Today, anthropology hasn't given its full attention to the study of the cultures of energy in "developed societies". So, yes, it's still necessary to keep reminding anthropologists that we need an anthropological framework to understand why we use energy the way we do today.