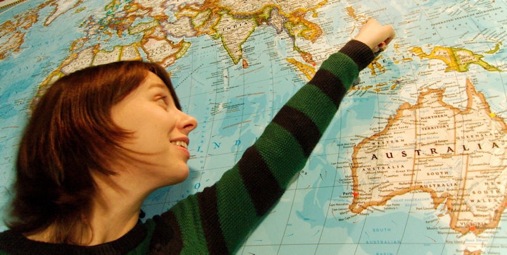 In early spring 2011 a woman climbed to the top of a crane. Her plan was to stay there until her demands were met. Eight years earlier, one of her best friends had been on the same crane for the same reason. After 129 days her friend hung himself from the crane.

The woman - her name is Kim Jin-suk - stayed on the crane even longer: for nearly one year. And she came down alive. Tens of thousands of people had showed up in the months before to show their support. What united the protesters on the crane and on the ground was their anger against the widespread practice of South Korean companies to fire unionized workers and replace them with underpaid precarious laborers. They demanded the rehiring of fired workers. 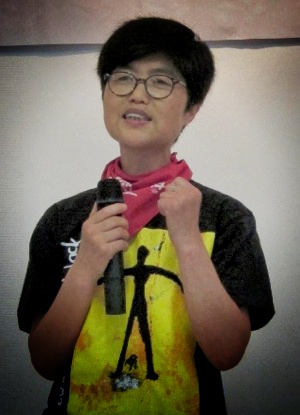 In autumn 2013, social anthropologist Elisabeth Schober is going to travel to this place where in the recent ten-fifteen years several workers have committed suicide. It’s a shipyard in Busan in South Korea.

– I’d like to study the history and impact of this labor struggle in Busan, a struggle which incidentally is far from completed. Just a few months ago, there has been another suicide by a unionist. The company has been suing its workers for compensation for the losses incurred during the strike. This activist said he can’t handle this situation anymore, the Post-doctoral fellow reveals.

– There is a big tradition of suicides in the South Korean labor movement that started in the 1970s when a garment worker, Chun Tae-il, lit himself on fire. His death was “the single spark” that lit the nation on fire, as one famous book about him argues, she explains.

From South Korea to the Philippines

Schober is wondering about what offshoring means to workers and communities affected by it. Offshoring is commonly defined as the movement of business processes from one country to another (often low cost) country.

– My aim is to compare the two sites via multisited ethnographic fieldwork. On the one hand you have this massive downsizing in one country, then on the other side you have this rapid expansion in another country: What does offshoring do to different locations and the communities that surround it?

– What is overheating here?

– First of all, the massive and rapid change in South Korea’s position in the world. In the 1950s South Korea was one of the poorest countries in the world and now it’s the fifteenth strongest economy in the world. Such a climb is unprecedented in history, and the pace with which this has happened has necessarily created a lot of friction.

– The shipbuilding industry used to be dominated by European actors like Germany and Norway. Now, South Korea is the number one ship producer, followed by China. Over time, the Philippines might arise as a shipbuilding nation as well.

– Offshoring in itself is a symptom of an overheated world. The moment labor costs get too high in one location, you just rapidly relocate to another location. With shipbuilders, the whole quest nowadays is over who can build the largest vessels, in particular in the container ship sector. So the site in Busan seems to have become too small by now to stay competitive within this game.
Underpaid, precarious and without any rights

– The three crises of globalisation, where are they here?

– 1. The economic crisis: During the offshoring process, real benefits have been taken away from workers. Often they had very good wages before – since democratization, wages have skyrocketed in South Korea. Now these highly paid jobs are taken away and given to precarious laborers who have been hired via sub-contractors, often on short contracts. You can see this happening across the board in South Korean industries, not just in shipbuilding.

Between Japan and South Korea: The shipbuilding industry is no longer dominated by European actors. Today, South Korea is the number one ship producer. Photo: Elisabeth Schober

– In Subic Bay, virtually all the local workers were hired through sub-contractors from the very beginning. 31 people died during work hours between 2006 and 2012 at the shipyard in the Philippines. It’s dangerous work.

– The Filipino workers have no right to unionize, and they earn a fraction of what the Koreans used to earn. The company won’t allow unions because they do not hire these people directly, so they say, go and talk to your subcontractors, if you have problems. This is an argument you increasingly hear all over the world. That’s part of the whole deal with using sub-contractors. You have no obligations towards them and can get rid of workers more easily.

– The company says they want to stay competitive with China: For many players in South Korea’s industrial sectors it’s about either getting rid of these expensive workers and hire cheaper workers within the country, or about going abroad instead, where labor is cheaper to begin with.

– 2. The environmental crisis: The shipyard in the Philippines is located in a Special Economic Zone that used to be a former US Naval base. There is a lot of environmental damage from that period already. There are also plans for a big coal power plant to be built in this area to support the industries located there, and this particular company also would like to have its own coal power plant on top of that. People fear that this is going to do a lot of ecological damage to the local sea life.

– 3. The identity crisis: The question of the commons versus the private is something I’d like to explore. Is an industrial site like this shipyard thought of as an alien object that just lands in the midst of a community? Is it perhaps seen as something of a common good from which the whole area may benefit, or just as private property belonging to those foreigners? And is there a qualitative difference that people make out between a foreign-owned shipyard and a US Naval base? Subic Bay is an area that has a long history of arranging themselves with foreigners. How do people come to terms with these new investors from Asia?

– Another point to keep in mind here is that in contrast to South Korea, where the family that owns the company is publicly well-known, in the Philippines the company is without a face. This anonymization seems to be a transition that happens a lot when a corporation moves from the national to the transnational level.

Globalisation without the West

– How has this overheating come into being? Why is it overheated?

– You had many local and national actors working together who were interested in opening this Special Economic Zone or free port. The former US Naval base left behind good infrastructure, such as good roads, an old airport and a shipping area that could be used to attract industries and create new jobs, they argued. The moment the navy was gone, 40 000 jobs were lost overnight. Almost the entire economy of Subic Bay depended on the US military.

– Then you have South Korea emerging as an economic power that has become increasingly interested in investing directly in Southeast Asia (Philippines,Vietnam, Burma and so forth). This is a very recent development. It started only 10–15 years ago.

– Mostly we think about globalisation as a process that goes from the West to the rest. With this project I’m going to show that the picture is more complex than that. New streams of capital movement have emerged over the last 10–20 years that entirely circumvent the West. East Asia is a major player that influences other regions in the world, and countries such as South Korea are increasingly creating their own spheres of influence.

– Are there any links to Norway in your project?

– Yes, but nothing that I have actively explored yet. The ship building industry in Norway actually went down partly due to the pressure from East Asia, where ships could be built at a fraction of the cost, so there could definitely be some interesting directions to be taken.

– Various things. For example about working in a team. The way anthropologists work is usually a very lonely process. It’s exciting to be in constant feedback with other researchers and to be able to compare the situation in their field sites. It brings up a whole new set of issues that you normally wouldn’t think about if you’d just focus on your own particular “island”.

– What is also exciting is that Overheating has a large vision. Anthropologists have tended to be rather parochial in their perspective on the world. Many still are today. They can give you detailed descriptions of what they did in their particular location but if you try to bring their findings in contact with other things happening around the world, anthropologists usually get silent pretty quickly. Many are afraid of setting their feet outside their turf.

– Localities cannot be properly understood without also exploring the global economy that they are part of. To some, it may sound pretty preposterous to say that everything is comparable and related in an increasingly globalized world. But if we don’t engage in comparative perspectives, then we’ll end up stamp collecting. You have a pretty stamp here, and a pretty stamp there without seeing any connections. That’s what excites me here: The main goal of this project is to bring a range of projects into context with each other and to work out the global relations.

Running a Tight Ship (yard)? The “Global Base” of a South Korean company in Subic Bay (Philippines)