Left: In the iSimangaliso Wetland Park, past appropriations of land are eradicated. People were forcibly removed from this plot in the 1950s to make way for pine and eucalyptus plantations. Right: One of the larger settlements in the Dukuduku forest. Photos: Knut G. Nustad

How to protect nature? Mainstream thinking about nature conversation is based on a separation of humans from nature: To protect nature, nature has to be protected from human influence. This thinking has especially in poor countries had dramatic consequences for local populations. Forceful evictions of people in the name of conservation are no rarity.

In the next Overheating seminar on Tuesday 9.4.2013, social anthropologist Knut G Nustad would like to discuss alternative approaches. "Beyond purifications - exploring conservation and its critique" is the title of his presentation.

The anthropologist has been doing research in the Dukuduku forest bordering the iSimangaliso Wetland Park in South Africa’s KwaZulu-Natal Province for the last four years. The park was in 1999 listed as South Africa’s first UNESCO World Heritage Site.

– The overarching topic of your presentation is how to protect nature?

– Yes. That's at least what I'm trying to push in this paper I'm going to present.

– I wanted to point to some of the problems in mainstream thinking about conservation. Protected areas are based on the idea that nature is something outside society that needs to be protected by separating it from people. 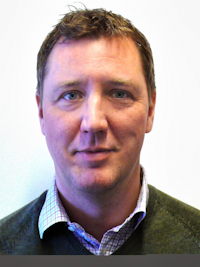 Knut G. Nustad: "We have to give up the idea of pure nature". Photo: UiO

– Especially in poor countries violent conflicts about conservation may arise. People in some poor countries, especially rural poor people, have less of a voice in the public domain. It's possible to harass them in the name of nature conversation or sometimes even kill them without the kind of outcry that you would get if something like this would have happened in other countries.

– To be able to do that we have to tell the story of human use and abuse of nature from the past to the present. Then, I suppose, we would have to give up the idea of pure nature. Different interesting stories about how people have been shaped by and helped shaping environments would emerge.

– Insights for Norway and other countries?

– Definitively. You do have similar conflicts over protected areas like for example the Trillemarka, a nature reserve not far away from Oslo. But in Norway it's less of a violent conflict.

– It's also quite interesting that we in Europe discuss the lack of human influence on land. In Norwegian we use the term kulturlandskap ("cultural landscape"). One is rather worried about the human shaped landscape disappearing because people are moving off the land. There are parallels, but it's also a totally different discussion.

– Some words about your current research and what you're doing right now?

– I'm finishing up a book based on this topic. I'm also starting a new project on how different property forms affect people living close to conservation areas.

Knut G. Nustad: Beyond purifications - exploring conservation and its critique.