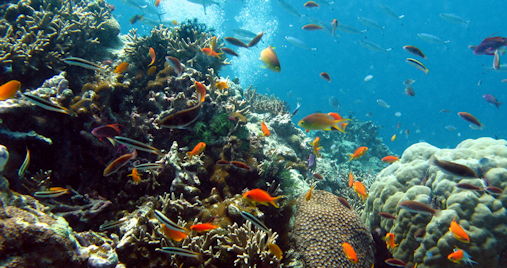 How will water pollution affect the coral gardens in the Great Barrier Reef? How do people respond to the dilemma between growth and sustainability? What do people hope the future is going to be like? And what are they going to do about it?   Photo: Richard Ling, flickr

– People want economic growth and a sustainable environment at the same time. Very often you can’t have it both. That’s the fundamental double bind of contemporary global civilization, Thomas Hylland Eriksen says.

In the beginning of November, the anthropologist and principal investigator of the Overheating project is going to travel to Australia to study one of the main contradictions in our time: economic growth contra sustainability.

When growth is linked to pollution

He has chosen the sixth largest nation in the world not without reason:

– Australia is interesting because its strong economic growth is linked to pollution. It is the second largest exporter of coal in the world, and most of it is exported to Japan and China. Like Norway it is one of few countries that were not affected by economic crises. 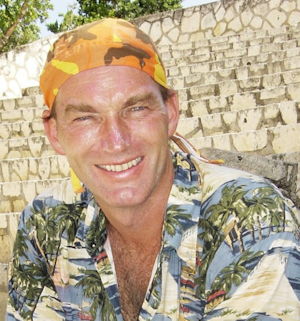 Thomas Hylland Eriksen: "We should be good at finding alternatives because anthropology is about experiments in living." Photo: private

Thomas Hylland Eriksen is plannning to spend five months of his fieldwork in Gladstone, a middlesized town on Australia’s east coast north of Brisbane.

– Gladstone is one of Australia’s largest shipping ports for coal and other minerals. Coal for Australia is comparable to oil for Norway: It produces huge wealth but is also very unsustainable. Unlike Norwegian oil installations, which are offshore, the Australian coal mining rips open the landscape and changes people’s surroundings in dramatic ways.

– Mining also has many other effects at different levels of scale, from global climate change to local water pollution, and nobody knows for certain how the Great Barrier Reef, which starts just off Gladstone, is being affected.

– Environmental groups, aboriginal organisations and many local communities, farmers, and people in the tourist industry are quite concerned with what may be happening to the Great Barrier Reef. It is  the world’s largest coral reef, an important national symbol and hugely important for tourism in Australia. There are also discourses about e.g. the rare Snubfin Dolphin, which has been discovered in these waters, and which is being affected by industrial waste, and by water pollution.

– I am going to be based there, and follow the stream of energy upwards to the mining areas and to some extend outwards towards the reef, and – analytically – to the export markets.

– I want to find out how these conflicts are being articulated, how people respond these challenges and how people see the future. What do they hope the future is going to be like? And what are they going to do about it? 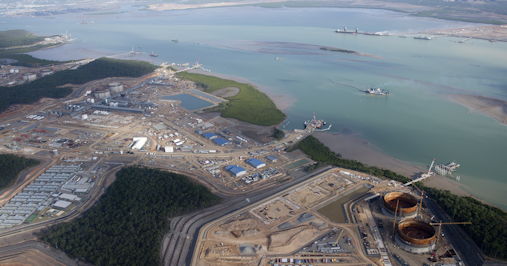 From Australia to China and Japan: Gladstone Harbour is one of Australia’s largest shipping ports for coal and other minerals. Photo: The Greens, flickr

Destruction: You’re against it, but you’re also for it, sort of

– I was originally planning to go to a place in northwestern Australia, in the Kimberleys where there were plans to build a major industrial plant to purify and store natural gas. Most people in the area were against this project, partly because it would destroy tourism and the “authenticity” of a very beautiful and pristine natural environment. Aboriginal groups were concerned with it because they had mythical and religious relationships to that territory. Green groups were also against it.

– But then that project was cancelled. Only a short while after that it had became clear that the project had been scrapped, however, there was a strange sense of disappointment in the area. Many people had perhaps been against the gas hub, but at the same time, they had been looking forward to the development of this remote and neglected region, they were hoping for new roads, an international terminal in the local airport and not least jobs. And now all of a sudden, nothing happens.

– And for me this is a very interesting aspect of the kind of overheating processes we’re looking at. You’re against it, but you’re also for it, sort of. Many of us don’t have a single, simple opinion. There is a fundamental ambivalence surrounding the double bind of sustainability and development.

Condenses all crises of globalisation

– Overheating in your project is mainly related to mining?

– Yes. Mining in Australia condenses all the crises of globalisation that we are concerned with – culture and identity, environment and climate, economy and finance – in a compact and analytically manageable way. There has been a growth in Australian mining since the beginning of the century, which is partly connected with the Chinese economic boom and new technologies for extracting gas and ‘dirty energy’ such as fracking (hydraulic fracturing). 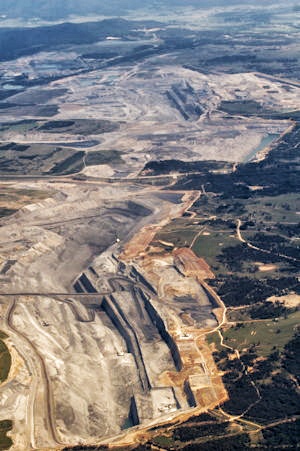 – This means that the available oil and gas reserves of the world are much larger that we had expected. That’s good news for corporations and for governments in the short run, but it’s very bad news for the planet. So the question is: Do we think in the short term or can we have a time perspective 100 or 200 years ahead?

– Where are the three crises in your project? The ecological crisis is related to mining?

– There is no real economic crises in Australia, but there is a growing inequality, and with the new Conservative government in place, it is likely to increase further. In some of these mining areas, it’s hard for someone who is not working in the industry to move in and buy a house because the prices have gone up so much. School teachers, nurses, people with an ordinary salary who are neither employed in mining nor in shipping may have a hard time.

– And regarding culture and identity?

– Australia is a frontier country. On the one hand you have the intellectual and left-wing discourse, where white Australians sense that they’re not really entitled to live in Australia because this is stolen land; it really belongs to the Aboriginals.

– Then you have a mainstream white Australian discourse: Australia is perceived as an immensely rich country with so much space and now something is striking back at you through flash flooding, uncontrolled bushfires, coral bleaching and rising temperatures. You realise that something is off balance and that the solution – 20th century economic development – now seems to be part of the problem. But of course there are also people who don’t worry at all; not least in Queensland, climate change deniers are also quite thick on the ground.

– Then there are issues concerning minority groups. Aboriginals have increasingly aquired land rights – native titles – to some of the areas where mining takes place.

The curse of mineral wealth

– The cultural issues and the mining: How do they relate?

– Political scientists talk about the oil curse, the curse of mineral wealth. It creates inequalities. Oil wealth is generally good news for dictatorships, making it easy to buy off middle classes and potential dissenters. Political scientists tell about how the curse of mineral wealth disrupts communities, how it creates a culture of selfishness and how it strengthes inequalities.

– Maybe I’ll discover this as well in some of the local communities, let’s see. Remember I’m talking in a very general way, I haven’t been there yet, and my assumptions are vague and exploratory.

– What would have been different if this research was not part of the Overheating project?

– It would have failed to link up directly with research in other communities around the world that experience some of the same dilemmas. What we are going to see, I think, is that people in Sierra Leone are confronted with some of the same challenges as people in Queensland, but they deal with them in different ways.

Make people speak to each other

– What can we use this knowledge for? What new insights can we gain?

– We can make some of these people speak to each other because they have to deal with some of the same challenges. 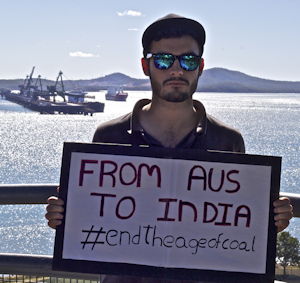 Communities around the world experience some of the same dilemmas. Photo: 350org, flickr

– In my own work on ethnic conflicts and ethnicity, I always try to do similar things. When I’ve been visiting universities in Bosnia or in the Baltic states and talk to them about nationalism and ethnic conflicts, I always try to get the message across that in some ways our experiences are unique, in other ways, there is something universal about them. People elsewhere have the same problems as we do.

– Yes, maybe we can try to build some solutions from below. Let’s hope that we can use this knowledge not just to understand the human condition and the global modernity, but also to help bring about some positive change. Sustainability would be a key term for me: to have a planet which can go on indefintely without undermining the conditions for itself.

– A kind of normative project?

– Well, I don’t know, although I guess it does have this dimension. But we’re not going to come out with a simple message about what to do. I don’t see that as my job, rather to show the dilemmas that people have to deal with, and probably to indicate some alternatives for the economy because …

– … How can you as an anthropologist find alternatives?

– I think we should be good at finding alternatives because anthropology is in a way about experiments in living. We have always showed how the fundamental problems of life can be dealt with, or solved, in many different ways, and this is one of our gifts to the larger, now global, conversation about where we as a species are going.

– Right now, it is highly relevant to look at alternative communities and their concepts about property and economy since the growth-based economy is a main source of overheating. Economy does not have to be about growth, that’s what we learn in economic anthropology. But when did you last hear a politician say that ‘we don’t need more growth, we have to give priority to other values’?

– To some extend you’re asking questions that we cannot respond yet because we haven’t been out there and that’s one of the wonderful things about anthropology, that you get lots of ideas while you’re out in the field, and you shouldn’t have too many ideas before you go, maybe we have too many already (laughing)

– No question is too stupid. Quite a few answers are, though.

Overheating in the Queensland coalfields