A Daughter's Portrait of Gregory Bateson: An Ecology of Mind 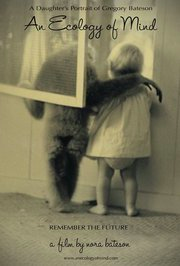 Gregory Bateson (1904-1980) is often named as one of the 20th century's most important thinkers. This film gives a unique insight into his original, multidisciplinary approach to everything from dolphin communication and schizophrenia to ecology and the sacred.

You can read more about the film and view the trailor here.