Master Mikkel Vindegg at the Department of Social Anthropology will be defending the thesis: Power to the People: The energy anthropology of a Nepali town. 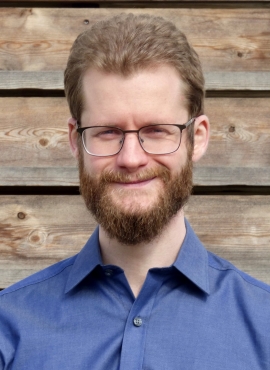 Join the public defence the 27th of May at 17pm

Title: “Energy, Development, and the State Beyond Biopolitics: South Asia in Comparative Perspective”.

This dissertation takes energy access in the Nepali town of Lubhu as the starting point to making energy amenable to anthropological research. Based on eighteen months of fieldwork, I follow distribution and consumption of electricity, gas and petrol/diesel in Lubhu. Framing this as “energopolitics” refers not just to formal energy policy and governance, but also to differences in access to energy and the labour needed to manage energy shortages. It is time for anthropology to craft its own understandings of what energy is, from perspectives that are not imported from physics or economics, or that presume the technical to be independent of the social, political, and cultural.

Despite a surge of contributions to “the anthropology of energy,” this dissertation argues for a shift to “energy anthropology” that puts energy itself under more scrutiny, rather than using energy production, transmission, or distribution as a new entryway to studying themes other than energy. The dissertation takes off from two propositions: that energy is fundamentally an enabler, and that energy supply (distribution and consumption) is “a difference that makes a difference.” Energy, as an enabler, intersects with countless areas of life, since people do not consume energy directly, but rather the things that energy makes possible. Anthropology’s task is to understand what and how energy enables or disables.

Analysis of a drastic fuel shortage throughout Nepal in 2015, due to an “undeclared blockade” by India, reveals decades of Indian halting of energy imports to Nepal as a political tool, and explains contemporary Nepali resentment towards the Indian state partly as a deficiency of “energy sovereignty.” This shows how “energopower” (Boyer 2014) can be used to undermine another country’s sovereignty, yet the ways in which the fuel shortages were dealt with in Lubhu reveals “energy flexibility” as a relational asset and skillset that goes beyond the isolated technical characteristics of infrastructures and energy supply.

Despite much-touted potential for hydropower production, Nepalis have for many years been subject to planned power cuts called, “load shedding,” implemented through the state electricity corporation—the Nepal Electricity Authority (NEA). Although measures were taken to formally implement load shedding equally across the country, load shedding increased differences in electricity access, revealing the futility of fully controlling energy supply through policy and technocratic measures alone. Engaging the Lubhu NEA office shows how the state monopoly on electricity distribution enables (social) power over its citizens, but also that this conversely generates avenues for making citizen demands of the state. The working lives of a trio of NEA electricians shows that repair work is undervalued in the NEA, but also in the anthropology of infrastructure, opening up for a “social reproduction theory of infrastructure.”

Load shedding was gradually ended in the Kathmandu Valley from late 2016, in a shocking turnaround spearheaded by a new NEA general manager, Kulman Ghising, who was soon pronounced a national hero. However, a general scepticism towards the state and its electricity corporation lingered among Lubhuans, as power outages also lingered in the Lubhu grid. Continued scepticism towards the NEA, and an absence of major changes in electricity use after load shedding ended, shows that electricity supply depends not only on the bare wires and poles of the grid, but also on trust (bishwaas). Unreliable infrastructures reflect an unreliable state. Conversely, reliable infrastructures may produce relational capacities such as trust in addition to “services” such as electricity.

Investigations into gendered divisions of labour and machine use in Lubhu leads to questioning developmentalist energy assumptions, particularly related to electricity, modernity, and gender. To the extent that Lubhu is undergoing an “energy transition,” it is a patchy and uneven one—the results of which are much less predictable than standard narratives on modernisation might have us believe. Importantly, increased use of appliances does not obviate the need for labour, but rather displaces it, resulting in what might be called “energofetishism.” Neither will increased electricity access automatically “free” women to take wage work and reduce what is still a palpable gender wage gap in Nepal, although changes in electricity access, as a “difference-maker,” can represent an opportunity to push gender change as well.

As of 2020, Nepal may be on the cusp of at least a partial entry into a national hydropower dreamscape, with a major surplus of electricity likely to come online in the next few years. But who will benefit, and how? An NEA electrical surplus may facilitate a gradual “energy transition” from Indian fossil fuel dependence to electrical energy sovereignty on a national scale. However, this will likely increase existing rural-urban differences in energy access within the country. Nepal’s “electrification” rate has recently soared, mainly through renewable installations that are not connected to the national grid. While this provides local energy sovereignty, the power available is often limited. Places like Lubhu have less opportunity for local energy production and control, being under the sphere of the NEA’s power monopoly, but Lubhu would likely benefit from an NEA electricity surplus. However, any major transition from fossil fuels to electricity will depend on trust as well as electrical supply capacity.

Energy anthropology thus helps reveal the varied sociocultural, socioeconomic, and political structures that both undergird and impinge on any energy transition. It also shows that although energy change is highly likely to instigate changes in sociocultural domains not directly connected to energy or its infrastructures, predictions regarding which direction these changes will take in Nepal and Lubhu will be partial.

You may request a pdf of the thesis by sending an email to post@sai.uio.no