M.Sc.Eng. Anna Zadrożna at the Department of Social Anthropology will be defending the thesis: Crafting Familiarity: "Ours" from Post-Ottoman Lands, Their Migration to Turkey, and Affective Encounters with Environments and the Past 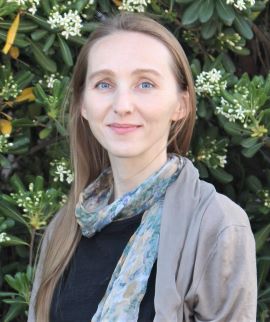 Send an email to f.r.de.flon@stv.uio.no if you have problems with the link.

Title: "How does attention to temporality challenge and/or enrich ethnographic analysis in the Balkans and elsewhere?"

This work develops the notion of familiarity that serves to bond Naši, Muslims from the mountainous region of Debar and Reka (North Macedonia), whose main strategy of coping with geopolitical transformations and economic hardships has been to remain flexible regarding national and ethnic affiliations and to migrate. Based on a multi-sited, “diasporic” fieldwork I carried out in different periods over 6 years within and between North Macedonia and Turkey, this dissertation directs attention to the importance of the encounters between people and the environments they inhabit, the shifting dynamics between geographies, politics and history, and the everyday practices through which the familiar is crafted, experienced and transformed as sensible and tangible. The lands of Debar and Reka carry traces of historical transformations and political contestations that helped to shape historical consciousness as polyvocal, and “identities” as flexible and multiple. Familiarity encompasses both such contestations and pluralities and the experiences of life in the mountains, transnational practices and migration. As a quality in its own right, familiarity cannot be reduced to merely positive or affirmative values such as “liking” or feeling secure and embraces ambiguity, conflict, suffering and shame (sramota). The notion of familiarity is a lens through which one can gain insight into the sense of “we-ness” without juxtaposing it to “strangeness.” I draw on familiarity as a trope that bonds people of Debar and Reka and makes them recognize each other as “ours,” Naši.

In the post-Ottoman states, the analytical perspectives of ethnicity and nationalism serve as useful concepts to explain existing political and economic hierarchies and divisions, however, they are insufficient to explicate the nuances of collective boundaries (Barth, 1969) that emerge among Muslims from this region and between them and those whom they see as “others.” This thesis analyzes the processes of ethnicization and nationalization of Muslims from Debar and Reka within the last few decades, by situating them historically within the post-Ottoman, post-Yugoslav context. To comprehend flexibility regarding ethnic and national affiliations and contested narratives on the past, I expand on the notion of “shadow genealogies” (Ellis, 2003) – memories of pre-nationalist times – by focusing on people’s encounters with materialities as polysemic carriers of the past. I argue that the potential for what is seen as mutually exclusive historiographic narratives emerges at the intersection of the polysemic character of the post-Ottoman lands which carry traces of various historical periods, and people’s positionalities and their historical consciousness.

In developing the notion of familiarity as sensible and tangible, I bring attention to the everyday (affective) encounters between people and the environments they inhabit, with their geometry, geomorphology, climate, sounds, smells and non-human inhabitants. For people from Debar and Reka, the experiences of life in the mountains were crucial in shaping their ways of making a living, their everyday routines, mobility, communal relations and imaginations, culinary preferences and future expectations. The issue of migration from Debar and Reka is consequential in shaping the familiar. First, migration, as a way of making a living, a necessity, and flexibility made manifest in practice, has been one of the practices that shape the familiar. Second, the familiar is both sustained and transformed through the process of migration. This thesis focused on migration of Naši to Turkey after 1953 within the broader context of labor migration (pečalba) and contemporary transnational practices between North Macedonia and Turkey. In migrating to Turkey, Naši initially attempted to recreate the sense of familiarity within their households and surroundings through spatial arrangements, culinary practices and rituals. I explore such attempts as well as the gradual transformation of the familiar through encounters with other migrants and “Turkish Turks” and during the process of the rural-urban transformation to which Naši have also contributed.

You may request a pdf of the thesis by sending an email to post@sai.uio.no