Master Ståle Wig at the Department of Social Anthropology will be defending the thesis  Into the light. Rifts and relations in Cuba’s market transformation for the degree of Ph.D. 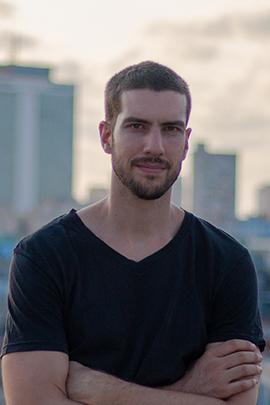 Title: How are culturally embedded categories of race, gender, and religious practice constructed in Cuba specifically, and elsewhere in the Caribbean and Latin America, with relation to political-economic dynamics?

Every year, millions of tourists flock to Cuba “before it is too late” – before market forces, tourism and trade allegedly destroys the island’s authenticity. Based on 18 months of ethnographic fieldwork among entrepreneurs in Havana, Ståle Wig’s doctoral dissertation analyses what changes – and what remains the same – in the wake of Cuba’s market reforms.

In 2010, Cuba’s new political leadership launched a series of reforms to expand the private sector and stimulate market activity. The number of licensed market actors quadrupled in less than a decade. While scholars, commentators and officials have viewed these entrepreneurs as the defining feature of the “New Cuba,” there hardly exists any in-depth social scientific studies of the role that they play in social changes on the island.

Wig’s research among self-employed entrepreneurs is among the first anthropological studies of the Cuban market reforms.

One of the main findings is that the privatization of the Cuban economy has not led to less state control, as a number of academic studies have suggested. On the contrary, the reforms expanded the regulatory reach of the state in the economy.

“The market and the state are not opposites,” writes Wig. “To produce a market can be to produce the state.”

The dissertation demonstrates that the market has not “come” to Cuba in recent years, it has changed character. Whereas Cubans in earlier years operated informally in the market, outside the regulation of the state, now, a growing number of employees – more than a third of the registered workforce – have joined the licensed private sector.

Meanwhile, also the informal sector is on the rise in Cuba, contradicting the aim of the reforms to create a more “ordered” economy. The dissertation uncovers what drives this development, and what it means for ordinary citizens to become part of a private market.