Master Martine Greek at the Department of Social Anthropology will be defending the thesis Searching for Development. State Relations and Local Aspirations among Rural Mapuche in Neoliberal Chile. 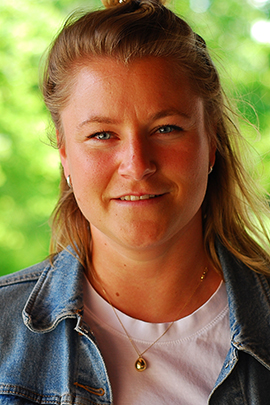 As an indigenous farmer living on a small island in the southeast of Chile and lacking basic services and economic security, how does one seek to improve one’s conditions of livelihood? Despite sporadic sources of income to supplement their monthly pension payments, most people in the indigenous community of Isla Huapi live precarious lives. Because of this, many islanders are eager to participate in the government’s development initiatives aimed at economic enhancement and infrastructural improvements, such as potable water and electricity. Given a history of state neglect and discrimination, this readiness to engage with the state is worthy of attention.

Based on nearly one year of ethnographic fieldwork on Isla Huapi, an inland island home to 125 Mapuche farmer families, this dissertation examines the ways in which the relationship between the state and the indigenous community of Isla Huapi plays out. Encounters between islanders and development actors are based on difficult negotiations, which often engender social tensions within the community. Looking at the way in which different actors participate in state-led development programs, I argue that such engagement with the state presents people with a series of paradoxes, which I will demonstrate, and some of which I believe are inherent to neoliberalism and surface through practices of neoliberal development.

As a policy of poverty reduction, state-led development programs aim at creating entrepreneurial, self-responsible citizens who are independent of state support. However, these programs require a high degree of state presence, allowing for a state which appears both intimate, yet on the retreat. While altering some existing relations of dependence, development programs cause new ones to arise. For example, reduced reliance on state pensions may be replaced by social bonds of interdependency with state and state actors. Even though these programs enrich some islanders, they can also lead to increased inequality and exacerbate already tense relations in the community. Additionally, either by treating subjects as individuals or by treating communities as singular collectives, the general focus on individuality inherent in neoliberal development challenges people’s conception of a “common good” as opposed “self-interest” in its negative connotation. Drawing on
theoretical concepts of state effects (and affects) and neoliberal development, and hope and
aspiration as analytical tools, I examine the way in which islanders and state actors alike
negotiate contradictions of “neoliberal state development” in their everyday lives.