On techno-scientific archives and (de)colonization

Richard Rottenburg from the University of the Witwatersrand in Johannesburg (SA) will join us for a seminar entitled "On techno-scientific archives and (de)colonization".

The seminar is open to all, including bachelor and master students. No registration is required. After the seminar, drinks and snacks will be served in our lunchroom. 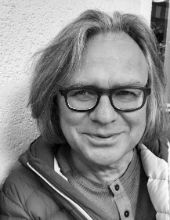 Richard Rottenburg is a Professor of Science and Technology Studies at WiSER at the University of the Witwatersrand in Johannesburg (SA).