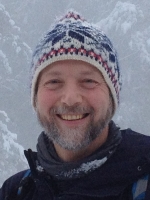 NEW "African Modernism and its Afterlives"

Before Geissler studied social anthropology in Denmark an the UK (PhD 2003), he studied history and zoology in Germany and Denmark (MSc history 1993, PhD in biology 1998), and conducted subsequently field research in medical parasitology in East Africa. His doctoral fieldworks for both disciplines was conducted in Kenya, between 1994 and 2002, and most of his work remains focused on Africa, especially its Eastern parts. After converting from biomedical science to anthropology, Geissler at first shifted his field of research away from medical issues towards broader anthropological themes such as kinship and generation, social change, history and memory. Based on extensive fieldwork among Luo speaking people in the western part of Kenya, he wrote, together with Ruth Prince, the monograph 'The Land is Dying - Contingency, Creativity and Conflict in Western Kenya' (2010 RAI Amaury Talbot Prize for best Africanist book).

Geissler then returned to medical science (and to East Africa) through a series of ethnographic studies of bioscientific research stations and fieldwork (2004-2010). In this work on the social life of clinical trials and transnational scientific collaboration, he worked together with other anthropologists and in particular historians of post-colonial science (see africanbiosciences.wordpress.com); together, this group worked over the past decade at bringing together ethnographic and historical perspectives on science in Africa.

During recent years, Geissler has, together with colleagues, turned his attention to post-colonial bioscientific work in Africa, and in particular the intersection of material remains and traces - landscape, architecture, apparatus, spatial order and circulations - and memory and temporality, notably the sedimentation of 'past futures' of modernist scientific work in Africa, in its institutions, landscapes, and infrastructure. For this research, much of his fieldwork was carried out at Amani Research station in northern Tanzania, as well as in Kisumu, Kenya.

Geissler's interest in scientific fieldwork, and field stations has more recently taken him to the far North, away from obvious post-colonial preoccupations (which return in other ways, though), to the Norwegian archipelago of Svalbard. Since 2013, he has conducted several shorter fieldwork periods here, participating in research activities - taking particular interest in ornithology - as well as, in winter, kitchen work at this highly productive Arctic research station. In this fieldwork, affective dimensions of scientific production, and engagements with landscape and climate over long periods of time, emerged as first research interests.

Over the coming years, Geissler hopes to develop comparative perspectives on tropical and arctic field sciences, continuing to pursue the trace and the work of tracing in relation to the making and remaking of temporality. Rather than straightforward 'social studies of science', from which Geissler like other anthropologists takes inspiration, he seeks to develop the fruitful terrain between anthropology, history and related disciplines such as contemporary archaeology and geography.

Deutschlandfunk Report on the exhibition AMANI in the MARKK, Hamburg, September 2019-May 2020

JRAI review of 'Traces of the Future'

MAQ review of 'Traces of the Future'

African Studies Review review of 'Traces of the Future'

Somatosphere review of 'Traces of the Future'

AFRICA review of 'Traces of the Future'

Geissler PW. What future remains: remembering a place of science in Africa. In: Para-States of Medical Science. Geissler PW (ed.). 2014. Durham: Duke UP.

Geissler PW, Kelly A, Imokhuede B & Pool R. ‘He is now like a brother, I can even give him my blood’ – relational ethics and material exchanges in a malaria vaccine ‘trial community’ in The Gambia. Social Science and Medicine 2007, 67(5) 696-707.

Geissler PW. ‘Transport  - to where?’ – Reflections on the problem of value and time a propos an awkward practice in medical research. Journal of Cultural Economy 2010, 4(1):45 -64.

Geissler PW & Kelly AH. A home for science: research stations and field sites in the Arctic and the tropics (Introduction to special issue). Social Studies of Science 2016, 46(6): 797-808.