SAIs new Associate Professor is already a familiar face at SAI, as she was a postdoctoral fellow in Thomas Hylland Eriksen’s project “Overheating”. 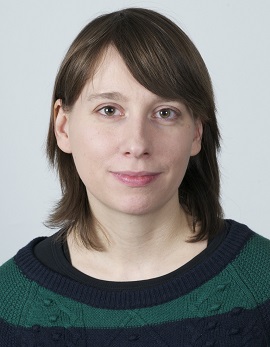 Elisabeth Schober is Austrian and has undertaken most of her postgraduate education at Central European University (CEU), in Budapest, Hungary. She came to CEU to do a Masters degree in Nationalism Studies in 2005, after which she received a Marie Curie Early Stage Research training Fellowship, to also do her PhD studies at CEU.

– While being a PhD fellow at CEU’s Sociology and Social Anthropology department – under the supervision of Don Kalb – I went to South Korea to conduct two years of field work on the issue of US military bases in the country. Living in Seoul between 2007 and 2009, I also first learned about the vibrant history of the South Korean labour movement – a matter I have taken up in my most recent work, says Schober.

After her PhD, Schober spent a year in the NGO scene in Berlin, but her scholarly interests eventually brought her back to academia.

– My first ethnographic work was on memory and forgetting alongside a previously rather contested border between Austria and Slovenia. I did in-depth oral history interviews with older members of ethnic minorities located on both sides of the border, to get a sense of how their understanding of their lives have been affected by the many political changes they had seen.

Schobers first attempts at doing fieldwork gave her interest in contentious encounters at the boundary and she has for a long time been interested in how nationalist movements appropriate gender.

– In many contexts across the world, women are perceived as rather passive markers of the social, cultural and national content that men in the movement care about, and who are therefore in special need of protection or surveillance to make sure that the boundary they represent is not breached. In the South Korean case I studied, women who got sexually involved with US soldiers stationed in the country have certainly been under much scrutiny, and the issue of gendered violence, in particular, has time and again been used by left-wing nationalists in order to discuss Korea’s status as a victim of US imperialism.

Labour struggles in the Philippines

The issue of globalization and crisis, particularly when viewed from a labour angle, became more central to her during her postdoc here in Oslo. The starting point for this new interest was a much publicized worker struggle at a small shipyard in Pusan, South Korea. In 2011, a labour activist called Kim Jin-sook climbed on top of a crane at the shipyard, and occupied the facility for nearly a year in order to protest a recent round of lay-offs.

– I met Kim Jin-sook in Berlin five months after she had left the crane, and was particularly fascinated by one aspect of the story: that workers in Pusan had been laid off because the company running the shipyard had invested a lot in constructing a second, much larger shipyard in a place called Subic Bay in the Philippines, once home to the largest US naval facility overseas.

Schobers explains that the Philippines, much like South Korea, used to host quite a few US troops and there has been a lot of left-wing nationalist energy spent on protesting the presence of US soldiers. US bases in the Philippines have been shut down, and in Subic Bay, the land and infrastructures that have been left behind by the Americans have in the meantime been used to establish a Freeport Zone, a kind of special economic zone where today South Koreans are amongst the biggest foreign investors.

Schober explains that as an anthropologist the question that has driven her initial curiosity around this offshoring project has been a seemingly simply one: how does this large-scale transfer of capital from one location to another affect workers involved in making these ships?

– I ended up applying for a postdoctoral fellowship in “Overheating” with a proposal that I would look into this offshoring project, and then went to both Pusan and Subic Bay to do fieldwork on this case. I was extremely lucky that I was able to join this project – not only was the topic highly complementary with my own interests, but it also gave me four years – an exceptionally generous time for a postdoctoral position – to further develop my own ideas as well, and publish on those.

Schobers plan for the next few years is to continue with her interest on labour and globalization, but she has recently added an energy focus to the mix:

– I am keen to look into the connecting points between work and energy in newly industrialized countries. In places like the Philippines, labour costs are typically low, yet energy needs are dramatically on the rise, which local governments are usually trying to address by going for “quick fixes”. There are currently dozens of coal power plants in the planning stage in the Philippines, which usually meet a lot of local resistance, as residents often do not look forward to having such a polluting industry next door. So I’m interested in exploring this double-bind between the lack of jobs and the desire to lead high-energy lives on the one hand, and local attempts to have a say in these processes from an environmental angle on the other.