Why do youth participate in climate activism? A mixed-methods investigation of the #FridaysForFuture climate protests

The #FridaysForFuture movement has attracted young activists around the world. 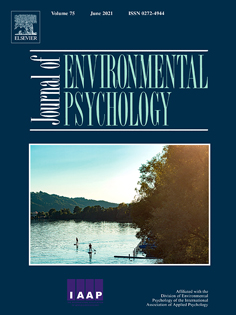 In the present mixed-method, socio-cultural psychological research, we investigate people's motivations for joining the movement in the privileged yet paradoxical context of Norway – a country that has gathered most of its wealth through oil production (i.e., the Norwegian Paradox). In Study 1, from a thematic analysis of in-depth ethnographic fieldwork from a series of major strikes and interviews with protestors (N = 93) it emerged that attributing responsibility for climate change, a necessity for shared action to mitigate the effects of climate change, and a shared sense of collective identity, helped to galvanize the prolonged social movement. These inductive and ecologically valid findings, combined with existing theory, in Study 2, partially confirmed and extended the Social Identity Model of Collective Action (SIMCA; van Zomeren et al., 2008) with survey data from high school students (N = 362). Collective guilt, environmental threat, past protest participation, organized environmentalism, political orientation, and social capital predicted future protest intentions, whereas activist identification and group efficacy mediated these effects. We discuss how the understanding of global environmental movements from the perspective of participants, who are both structurally responsible for the crisis and will experience most of its consequences themselves, can contribute to the broader discussion on facilitating climate action within privileged contexts.