Young smokers are being bullied

Smoking used to be cool. Today it is a pastime for kids with problems. 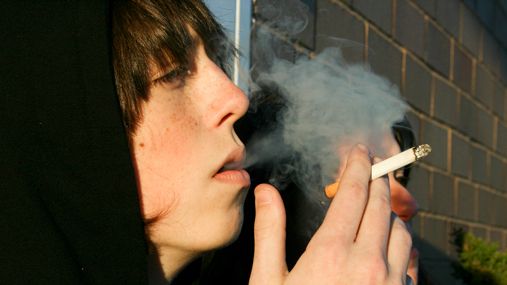 Young smokers have lost their status. Photo by iwishiwashannah via Flickr. Licence CC BY 2.0

While 24 percent of 16 and 17 year olds in Norway were daily smokers in 2002, the percentage dropped to 7 percent in 2010, according to a study at the University of Oslo.

“It is a dramatic decrease. We believe this is partly due to the ban on smoking in bars and restaurants that was implemented in 2004”, said professor Tilmann von Soest at the Department of Psychology.

However, despite the positive trend, the study also revealed a worrying cause:

“It looks like young smokers are being more stigmatized than they were before”, von Soest said.

He and his his colleague Willy Pedersen at the Department of Sociology and Human Geography have based their study on a questionnaire answered by around 3000 pupils at Norwegian high schools. The survey was first conducted in 2002, then in 2010. In general, the same schools, spread across the country, participated in both surveys.

While former studies also documented the decrease of smokers in Norway since 2004, this study treated 16 and 17 year olds specifically for the first time. Also, this was the first study that took an in-depth look into the young smokers’ lives.

“The smokers in 2010 reported lower performances at school than in 2002. Their ambitions were lower, their parents gave them less attention and also drank more regularly”, von Soest said.

The numbers also reveal that smokers are now more often bullied than they used to be. While 5 percent of smokers and non-smokers reported being bullied weekly in 2002, the number for non-smokers had sunk to 3 percent in 2010. For smokers, the picture was opposite: 7 percent of smoking youngsters were bullied at least once a week in 2010.

“This means that todays’ smokers have twice as high risk of being bullied than non-smokers. It is worrying”, von Soest said.

Both in 2002 and 2010 smokers had more mental problems than non-smokers. They reported more depressive symptoms, higher alcohol use, higher use of cannabis and a larger extent of behavioral problems. This picture had not changed during the years.

Not so "cool" anymore

The study says little about the reasons for the changes. For instance, the numbers don’t say why smokers are being bullied more often than before.

“There is something about the social environment of smokers that was not there before. It may be that youngsters are more bullied because they smoke, but it may also be that they are more prone due to other reasons”, von Soest said.

“Not so long ago, smoking was considered cool. This probably motivated young people to start smoking. Now it is not so cool anymore, partly because fewer young people do it”.

Among scientists, the so-called “hardening hypothesis” is being discussed. According to this hypothesis, a reduced number of smokers will mean a development where the vulnerable people are the ones sticking to the cigarettes. Multiple studies have investigated whether the hypothesis is correct for adults, with inconsistant results.

“In order to figure out whether this hypothesis is right, we need good data. Earlier we haven’t had that. According to our study, the hypothesis is correct when it comes to youngsters, at least in terms of difficult family situations and other social aspects”, von Soest said.

According to von Soest, the study’s results indicate that there should be targeted measures towards young people that start smoking today.

“This seems to be a vulnerable group. We need measures that are not only directed towards smoking, but also towards other problems that these kids may have. The school can be a good arena”, he said.

While the percentage of smokers has decreased, the use of snus has increased. According to von Soest use of snus may have taken the cigarette smoking’s former social position.

"Snus has become more accepted, also among girls. In scientific fields we discuss whether it is positive or not that snus seems to have taken the cigarettes’ position. Also snus may cause health problems", Tilmann von Soest said.

Young smokers are being bullied (ScienceNordic)

Bachelor programme in psychology (in Norwegian)