Why Some are Racists

Despite increased information and knowledge, racism is still alive and kicking around the world. New research suggests racism could be a genetic trait. 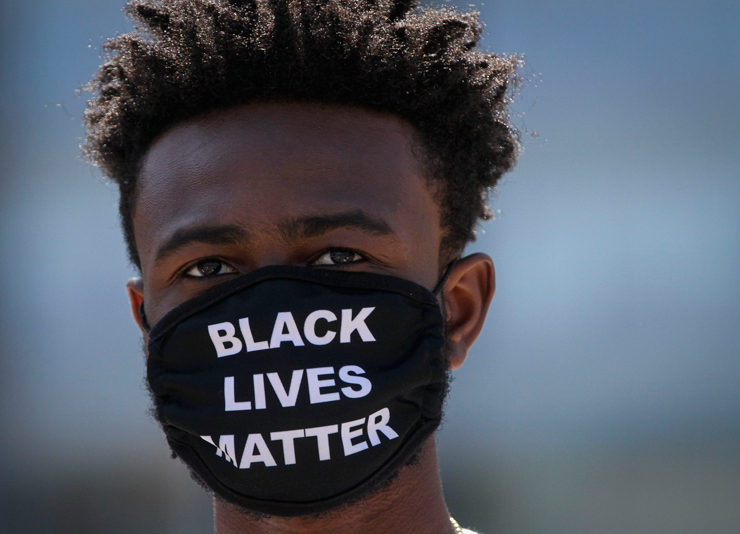 Black Lives Matter (BLM) is an anti-racist movement in the United States, founded as a reaction to many incidents of racism and brutal police violence against black people. The movement got widespread international support in 2020 after the police murder on the Afro-american George Floyd. The murder set off a chain of demonstrations all over the world. Photo: Liang Sen/ Xinhua/ NTB scanpix

The death of U.S. citizen George Floyd caused demonstrations all over the world. Still, police violence against vulnerable groups and minorities is nothing new. How can racist attitudes and practices have survived so many generations?

According to a study published in the journal Proceedings of the National Academy of Sciences (PNAS), beliefs that some groups are superior to others are deeply influenced by genetics.

The researchers looked into why some attitudes tend to appear simultaneously. This may for example apply to the perception of some groups being better than others, or to the perception that certain ethnic and cultural groups are more capable of making decisions in society.

Previous research has suggested that such opinions often appear together, and that the environment only rarely shapes them.

Could it be that we are born with predispositions to certain political opinions? According to the findings, the answer is yes.

"People who share the same sets of attitudes also appear to share the same genes," said Thomas Haarklau Kleppestø, PhD fellow at the Department of Psychology, University of Oslo.

Around 2.000 adult Norwegian twins, identical and non-identical, answered a questionnaire to measure their social dominance orientation (SDO), a personality trait where a high score indicates a preference of a societal hierarchy.

The participants were to state their opinions on eight political proposals, such as strict immigration control and deportation of Romani people. Former research has found these proposals to correlate with SDO.

“In upper secondary school we made the same mistakes on our tests. On one occasion, the essays we wrote were identical to the extent of our teacher suspecting we had cheated,” she said.

The sisters did not participate in Kleppestø’s study, but how would they answer if asked the same questions in separate interviews?

First, eighteen questions about social dominance orientation reveal that Kathrine and Therese share similar thoughts on this matter. None of them favours a hierarchical society.

As expected, the researchers found a link between SDO and political attitudes. E.g., those who favoured a hierarchical structure in society often wished for stricter immigration control and reduced foreign aid.

“We do not believe that our genome directly controls our political attitudes. However, we speculate that we are born with a predisposition that is strengthened over time, for example when we find friends with similar preferences,” Kleppestø said.

The researchers believe that you may be born with a personality trait that could lead you into environments where it is enforced. So-called active gene-environment-correlation is well-known phenomenon in behavioural genetics.

When Their Paths Parted

Kathrine and Therese Lillefosse had similar lives until they started comprehensive school. They chose different specializations and got new friends. Today, they share many friends, but not all.

Their lives are quite different now. They used to work in the same company, but Therese got a chronic illness and chose family life over her work. Today she has a husband, two kids, and no job. Kathrine is single and runs her own styling business.

When asked about their political opinions, they agree on several points. For instance, both wish for more foreign aid. However, on two questions their opinions are far apart: Kathrine would like a stricter immigration policy, while Therese would not. Kathrine would also support deportation of Romani people. Therese disagrees.

“It is quite common that identical twins on average are more similar than non-identical. However, that does not mean that all identical twins are completely alike,” he explained.

“If identical twins were completely alike and non-identical fifty percent alike, genetics would explain all variation. Mystery solved. It is not like that.”

As early as in childhood one can see differences between identical twins, in spite of common genes and environment. According to Kleppestø, this has to do with the brain. Our most complex organ contains around 88 billion neurons. Each one connects to thousands of other neurons. Some connections disappear, others become stronger.

“The genes provide some rules for these connections. However, coincidences will always occur. It is like baking a cake; even if you use the same recipe, the cakes are never 100 percent the same.”

“Particularly systematic experiences will affect you, for instance whether you have been married or single for 20 years,” Kleppestø said.

Becoming a Mum Softens Up

Kathrine and Therese Lillefosse are not surprised that their mind-sets today differ a bit. At certain points, though, they are astounded.

“Therese is more engaged than I thought she would be. I didn’t think she cared so much about Romani people and immigration policies,” Kathrine Lillefosse said.

She believes her part time job as a bartender to be the root of her own scepticism. She had some experiences that did not boost her support for immigration.

Therese, on the other hand, believes that becoming a mother made her softer.

“Earlier, Kathrine was the more flexible one. Now, when I raise my kids, I want them to treat others as they wish others to treat them. It is important to be inclusive,” Therese Lillefosse said.

Through her children, she also met immigrants. She asked herself why they should not be there, while others can.

“We have long known that there is a genetic base for attitudes or political orientation. Studies like this make us able to call it a general finding,” Kennair said.

He added that the researchers also provided new knowledge.

“For example, they have found that our genes may provide us with a political personality. However, this is on a group level. We also develop in interaction with the environment.”

The study suggests that upbringing and family relations have a minor effect on attitudes. If you feel that you and your family are alike, genetics are the most important reason, according to Kennair.

“The environment affects us. However, it affects us mainly by making us less – not more – similar to our family,” Kennair claimed.

The Paper Correlations between social dominance orientation and political attitudes reflect common genetic underpinnings is published in the journal Proceedings of the National Academy of Sciences (PNAS).