We are bursting with self-esteem in our 50s and 60s

Did you believe that young people feel like they are on top of the world? No, no, no, it’s the seniors who rules the roost. 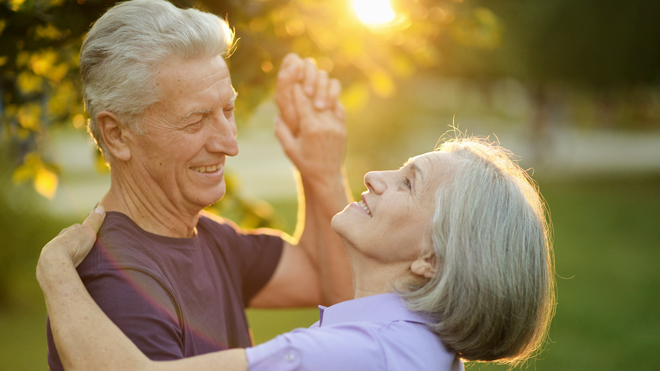 The seniors have a family, grandchildren and a network of friends. They have made a career and have colleagues. Everything shipshape and high self-esteem. Photo illustration: Colourbox.no

– We do not feel best in our vital youth, on the contrary, our self-esteem is rather low in our 20s and 30s, before it rises to the top in the 50s and 60s. says professor Tilmann von Soest, at the Department of Psychology, University of Oslo.

– Self-esteem can be defined as the feeling of how much you are worth. How other people regard you is important for this assessment, as well as how you yourself feel about your own value. There are several factors that affects our self-image, amongst them are physical health, participation in the labor market, social factors and personality, says von Soest.

– Our self-esteem is strongly linked to the values that are highly regarded in the society. In Norway, it is considered important to be a person that contributes and works, is independent and competent. Many people in their 20s and 30s are still searching for their role in society, they are insecure about their competence and what job they will get or they are in the lower ranks at the workplace. While in the 50s, many have been promoted into leading positions, they have a sense of security after many years as an employee and they feel important. The self-image of the elderly seems to be more robust, they are less effected by small and large changes in life, says Hansen, psychologist and researcher at Oslo and Akershus University College.

Being valued is crucial to a person´s self-esteem and if you don´t feel that anyone needs you, it falls dramatically. The researchers find that having been unemployed or disabled gives you a lower self-esteem, even if this occurred many years ago.

– While being in a relationship and having a partner provides security, it makes you feel valued and it is positive for your self-esteem, says von Soest.

Their study is based on information from NorLAG, a Norwegian study of life course, ageing and generation, that includes data on health, work, quality of life, care and family relations in the second half of life.

– The data from NorLAG gives us a very good basis for looking at the development of individuals, because they are being studied for a longer time period, says Hansen.

Von Soest has been researching self-esteem for a long time, while Hansen specializes in ageing and quality of life.

– There has been a lack of knowledge about which factors influence the self-esteem and how these changes during life. That is why we chose to examine these questions further.

Getting older, feeling your body decaying, being in worse physical shape and feeling your memory slip, can be hard. But when many people retire in the middle and end of the 60s, the self-esteem is still high.

– In the early stages of old age, you are still part of society and your social life is almost the same as before retirement. Many are in good health, they have a social network, time and energy to take care of grandchildren and family, travel and enjoy their hobbies, says Hansen.

However, in the later stages of old age, many will experience a decline in health, friends die and their own independency and movement is decreased.

– We see a dramatically decline in self-esteem in the later stages of old age, from 70-75 years. To feel that you are a burden to society is a serious break in self-esteem for elderly Norwegians. An important explanation to this is the values that characterizes our society. Being helpless and weak and not contributing to society, is contrary to what is seen as valuable in Norway. We might imagine that getting older and sick feels differently in other societies, for instance India, where the elderly have a different position in society, says Hansen.

He emphasizes that it is very difficult to break free from the common values and norms that characterizes your society. The large majority of the population feels a strong connection to the values of the community.

This study is the first to examine which factors that matters most for self-esteem in different age groups.

– Some factors become less important for your self-esteem when you are old. Good health is much more important to your self-esteem in your 40s then in your 70s. If you become ill at 40, it will be unexpected and very dramatic, while many 70-yearolds will find it easier to cope with illness and worse health, says von Soest.

Similarly, the importance of social relations change. Persons in their 40s and 50s feel that is important to have many social relations, while the elderly prioritize fewer, close relationships.

– Your work, workplace and colleagues are very important for Norwegian´s self-esteem and especially for men. Some elder people feel pushed aside in their job, and that their knowledge and competence is no longer valued. The self-esteem in the late 60s falls drastically when a person feels that they no longer have an important role at the work place and that they are no longer valued. It feels very bad when you are no longer regarded as an important and useful person, says Hansen.

Men have a higher self-esteem than women throughout life, the difference is largest in the 20s and 30s, but both genders follow the same curve, with a peak at 50s and 60s and a steady decline in the later stages of life.

Hansen and von Soest´s article is published in the highly recognized Journal of Personality and Social Psychology.

By Gro Strømsheim
E-mail this page