A new study shows that Norwegians perceive feminist women as masculine, while they picture feminist men as feminine. 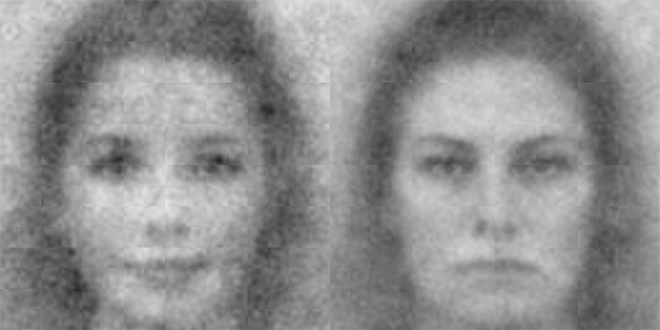 The prejudices are still strong in one of the most gender equal societies in the world, according to a new study at the University of Oslo. Norwegians perceive feminist women more masculine, with features like square faces, narrow lips and large (powerful) jaws. At the same time, they perceive feminist men as feminine and associate them with typical female features.

The strength of the results in our study surprised us, says first author Alexander Gundersen.

A common stereotypical understanding about feminist women is that they are masculine. Our study shows that these stereotypical associations also extend to a visual level. That is, it affects how we expect feminists to look like. The fact that we find this effect in Norway is striking, given its status as one of the world’s most gender-equal societies, Gundersen says.

The first part of the research included 250 participants who were recruited through various forums on social media and thus represented both sexes and different social classes. The average age of those who chose to answer was 28 years. Respondents completed a visual and data-driven "reverse correlation test" previously used to investigate visual stereotypes of different ethnic groups.

Respondents were repeatedly presented with different versions of facial images of an average Scandinavian man or woman. The images were treated with "noise" consisting of pixels in different shades of grey unevenly distributed throughout the faces, which made the facial expressions and structure of each image look slightly different. Three hundred times, each participant had to select from two pictures the one they thought looked most like a feminist. Afterwards, the noise pattern from all selected images was systematized so that the researchers were left with the average visual representation that participants had of a feminist man and woman.

It also turned out that in particular participants who held sexist attitudes were the one’s associating feminist women with a significantly more masculine look.

Strikingly, while feminist women were perceived as more masculine, the opposite was true for feminist men. Especially women who participated in the study pictured feminist men to have a more feminine appearance.

Gundersen explains that a square face, low forehead, strong jawbone and eyebrows, and narrow lips are traits that stereotypically are seen as masculine. By contrast, feminine features are traits such as larger and more prominent eyes, narrower jaws, and larger lips.

But, is it really that negative to be a “masculine-looking” woman? The study at least highlights one potential negative consequence that being perceived as looking masculine can have for feminist women.

In the second part of the study, a new group of respondents were asked to rate the presented faces on various dimensions. The pictures of feminist women gained low scores on qualities like empathy, trust and warmth, and where at the same time perceived as both dominant and threatening. Gundersen assumes this to be a reason why many people are still reluctant to publicly identify as feminists.

Gundersen’s co-author and supervisor, Jonas R. Kunst, interprets the research as showing that Norway still has a way to go to achieve full equality between the sexes.

Even though Norway scores high on international rankings, it is important not to believe that gender equality is fully accomplished here. Our research shows that people still have systematic stereotypes associated with men and women who identify as feminists, he says.

Kunst believes that the underlying visual images revealed in the study would not always be exposed when people are explicitly asked about their attitudes toward feminists.

Equality is a power struggle. When a group gains new rights, it can be regarded as threatening to the group that for long time benefitted from the inequality. For instance, when asked explicitly, men may welcome gender equality but at an implicit level still hold prejudices. This may explain why men in our study had more negative images of feminist women than women had, Kunst says.

He suggests that campaigns may use the findings from their research to challenge visual stereotypes about feminists.

Some campaigns already highlight the diversity of the population identifying as feminist. Such campaigns may further try to present pictures of masculine-looking men and feminine-looking women who identify as feminist. This may help decreasing the stereotypes associates with feminist in society, Kunst says.