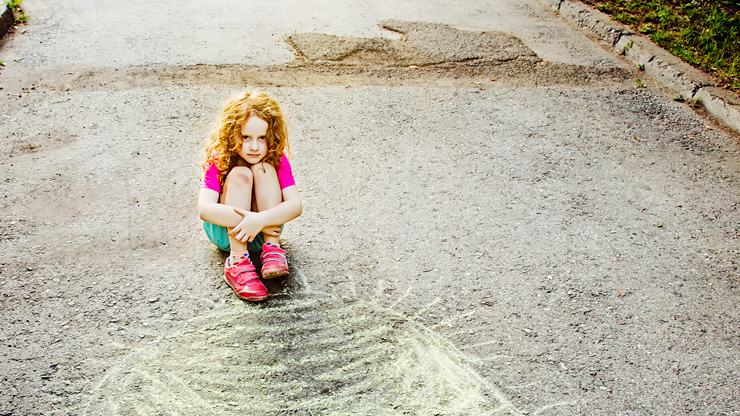 - Many children born to substance-dependent mothers are struggling in many areas of life. They are in need of close follow-up from early on right up to the school years, says Assistant Professor Egil Nygaard at the Department of Psychology, University of Oslo.

He calls to attention the need for a coordinated and clinically professional program that follows these vulnerable children at least until after they start at school. This should be a health initiative to prevent the development of behavioral problems — such as aggression, anxiety and depression — that can have a negative impact upon school satisfaction and performance.

- We must catch these cases as soon as possible. That way we can offer a good support system, and in doing so avoid negative behavioural spirals, he points out.

Influenced in the womb

It is even before the childhood years, already in the womb as a fetus, that the future of these children is set in motion, according to the researchers' latest study recently published in the journal PlosOne.

Nygaard, a researcher at the Centre for Lifespan Changes in Brain and Cognition, has followed up 98 children from fetal life right through to young adulthood.

50 of the children had been exposed to substance abuse in utero, while 48 were control children without any known risk factors at birth. All children were born in the 90s.

- Back then the treatment for pregnant mothers with drug-addiction was worse than it is today. The support system for mothers is much better now, but the children still lack the care and attention needed in the years following, says Nygaard.

The main goal of the project was to investigate what the outcome is years later for children who have been exposed to heroin or polydrug use while in the womb.

The study found that on average these children were born more prematurely, with smaller head circumference and a lower birth weight than the comparison group.

A large proportion of the children were also diagnosed with neonatal abstinence syndrome (NAS), whereby newborn children exhibit withdrawal symptoms as a result of no longer being exposed to the drug after birth. These children received early treatment for this.

The final report detailing how it is going with the project participants is now ready, and the results can be divided into three main findings.

While the risk group also consisted of some youngsters who were coping well, others were found to be struggling in many different areas. Although some of these youngsters scored high on cognitive (mental) tests, on average it was the drug-exposed group who performed worse than the comparison group.

- The risk group showed wide variation. While one youth was annoyed by having to take up an extra course to get into medical school, there were many who were in great need of help, says Egil Nygaard.

- Although we must remember that the differences between the groups in the project are only an average and do not apply to individuals. We should therefore be careful not to generalize too much about what the outcome is for these children, he explains.

The children involved have been tested eight times from seven months to adolescence.

Caregivers, most often adoptive and foster parents filled out questionnaires about their child's behavior at six different times during their childhood, and twice about health.

The children were videotaped on four separate occasions.

Their brains were examined using magnetic resonance imaging (MRI), once when they were around 11 years of age and then again as adolescents.

The youths were interviewed and answered questions concerning their behavior, emotions, relationships, sexual behavior, experience with substance abuse, quality of life and social support. Similar information was provided by the caregivers.

The study was started by Vibeke Moe, Kari Slinning and Lars Smith of the Department of Psychology (PSI), University of Oslo and Aline spedbarnsenter.

Despite the fact that some did well the differences between the two groups were generally large. The differences were also not limited to specific abilities, such as impulse control, but rather concerned many important areas of life.

Both teachers and caregivers of at-risk children reported that the youths had more problems with general functioning than did the teachers and parents of children in the comparison group. This included difficulty concentrating and self-regulation of behavior and emotions.

- This is also consistent with findings we have from earlier, when we tested different cognitive skills such as word comprehension, fine motor skills and memory in both groups during adolescence, he adds.

The differences between the comparison group and risk group also increased up until school age. This underscores that this is a crucial time period for these children, according to the study.

The cognitive test results, along with teacher and parent reports of the children's behavior at 4 ½ and 8 ½ years showed that both group differences in cognitive ability and problems with the regulation of emotions and behavior increased from infancy until the end of school.

Preschool teachers reported problems already at 4½ years of age, while differences emerged in the caregivers reports first at 8 ½ years of age.

However, group differences did not seem to increase further in the period between 8 ½ years  and adolescence.