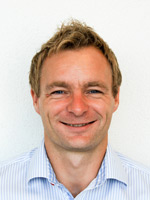 How does the brain develop and change during the life-span, and which cognitive consequences does this development have? My research is focused on understanding the dynamic relationship between changes in brain structure, brain function, and cognitive abilities. Participants in these studies range from 4 to 90 years of age. As many other researchers within the field of cognitive neuroscience, I try to take advantage of several different approaches to understand the relationship between brain and cognition, focusing mainly on electrophysiology (EEG/ ERP), structural brain measures (MR morphometry, diffusion tensor imaging), patients studies, and standardized as well as more experimental cognitive and neuropsychological tests. In specific projects other measures of or related to the brain are also included (PET, fMRI, CSF biomarkers, genetic testing). A recent interest is in how brain structure and function interact with CSF biomarkers in aging and Alzheimer’s disease to produce cognitive changes.

2014-2017 Inflammation, Amyloid and Atrophy in the Aging Brain: The Borders between Healthy Brain Aging and Neurodegeneration. (NRC FriPro program €850k)

2014-2017 Patterns and mechanisms of brain atrophy in healthy aging and dementia: Why is the aging brain susceptible to Alzheimer’s Disease? (NRC Nevronor €750k)