Professor Eivind Ystrøm at the Department of Psychology has been awarded a prestigious Consolidator Grant from the European Research Council to investigate why one fifth of Norwegian children do not complete secondary education, and need one fifth need treatment for a mental disorder before they reach adulthood. 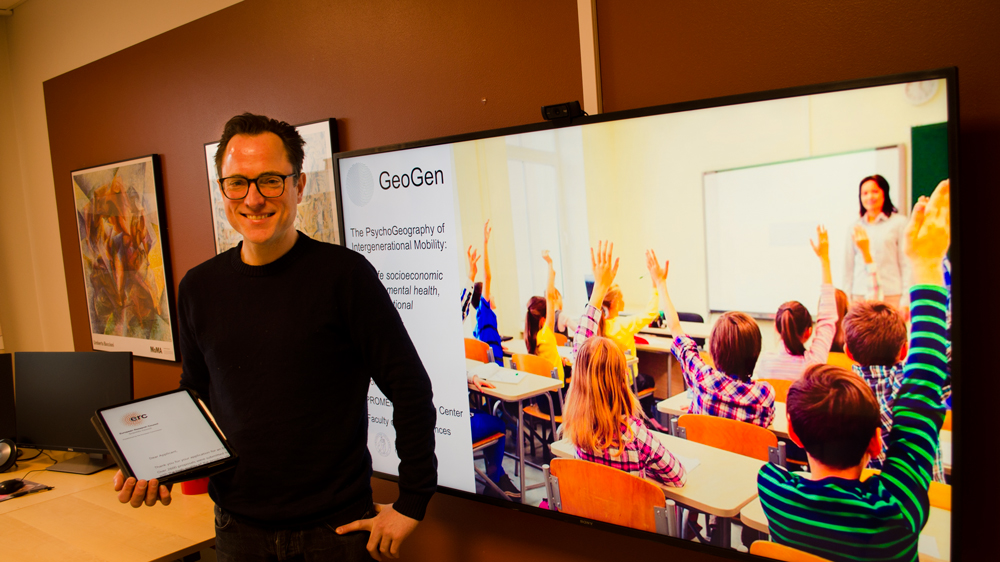 In a typical class of 25 students, at least five children will need treatment for a mental health disorder before they reach adulthood. Five of them will not finish high school. Finding some of the reasons for this pattern, and preventing some of these outcomes, will be of great importance for future generations, says Ystrøm.

Headed in the wrong direction

Children and adolescents in Norway and many other countries have over the last decade grown up under increasing social and economic inequality. These changes are playing out in their neighborhoods, and the schools they attend.

The 1% poorest children in Norway have an increased likelihood of mental health disorders four times higher than the richest 1%. Only 20% of students in higher education are from families without academic backgrounds, where parents have a high school education or less.

We want to investigate why children from families with so-called low socioeconomic status have poorer mental health and school performance, as well as how neighborhoods and schools contribute to environmental impacts on mental health and educational attainment.

Methodically we will approach these complex questions on social selection and cause and effect from completely new angles, by combining (geneology), genotypes, geography and mobility, Ystrøm explains.

Ystrøm is a proud recipient of one of the most prestigious grants from the European Research Council, a Consolidator Grant.

I got the news while I was on the metro, so I was trying to remain calm. With three children waiting for me at home, I was quickly brought down to earth, he says with a smile.

The project Ystrøm received funding for is called “The PsychoGeography of Intergenerational Mobility: Early life socioeconomic position, mental health, and educational performance”, or “GeoGen” for short.

Expansion of the Research Center

For interdisciplinary research Center PROMENTA, where Ystrøm is a Principal Investigator, the grant comes with the promise of more staff and increased research activity. Over the past few years the Centre has received numerous national and international grants, causing a rapid expansion.

At PROMENTA, we have laid the foundation for conducting interdisciplinary research on social inequalities in mental health. This new grant means that researchers at PROMENTA will have the opportunity to strengthen this research over the next five years, Ystrøm concludes.