The University of Oslo (UiO) has been awarded funding from Kavli Trust for a new study on medicine given as a nasal spray for young people with autism spectrum diagnoses (ASD). 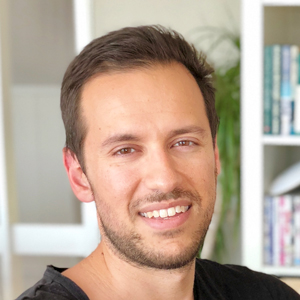 OSLO—University of Oslo’s Daniel Quintana has received a NOK 5.075 million, four-year grant from the Kavli Trust to investigate the effects of an intranasally-delivered medication to improve social skills in youth with autism spectrum disorder (ASD).

“I’m delighted to have been awarded this funding from the Kavli Trust, as this will facilitate a gold-standard clinical trial that will help uncover the potential of intranasal oxytocin treatment for autistic youth” says Dr. Quintana.

“Kavli Trust are very happy to grant this important project. The project will provide knowledge about the effect of long-term oxytocin treatment on social skills in adolescents with autism spectrum disorders”, said general manager at Kavli Trust, Inger Elise Iversen.

“Both the reviewers and program administration are truly impressed with the project and the project group’s expertise. The project is ambitious, the design is of the highest quality and the intervention is innovative”, said senior adviser at The Kavli Trust Programme on Health Research, Ida Charlotte Svege.

ASD is characterised by impairments in social interaction and communication and a restricted range of activities. These impairments can affect the quality of daily living, interpersonal relationships, and employment opportunities for autistic individuals. However, there is currently no effective and generalisable method for remediating social skill deficits. 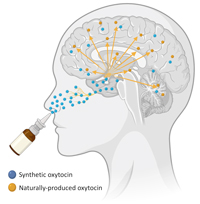 Growing evidence demonstrates the critical contribution of the neuropeptide oxytocin in the development and maintenance of ASD, due to its role in social behaviour and learning processes. Oxytocin is naturally produced in the brain, but a synthetic intranasal spray version of oxytocin can be used to increase oxytocin levels.

To address this critical knowledge gap, Dr. Quintana, who is a Senior Researcher at the University of Oslo (UiO), will lead a large-scale trial of long-term intranasal oxytocin administration in autistic youth. The project will be hosted by the Department of Psychology (UiO), in close collaboration with the KG Jebsen Centre for Neurodevelopmental Disorders (UiO) and the Norwegian Centre for Mental Disorders Research (UiO). The research team will also collaborate with User Representatives from the Autism Association of Norway, who will provide their expertise for all stages of the research project.

Dr Quintana added that the project addresses a limitation of most intranasal oxytocin research: “Females are typically excluded from intranasal oxytocin research, despite the fact that about one in four autistic adolescents are female. Including female participants means that the results from this trial can be generalised to a larger population of autistic individuals”

Dr. Terje Nærland, Director of the KG Jebsen Centre for Neurodevelopmental Disorders and project partner said: “In addition to social behavior, the project will also investigate the effects of intranasal oxytocin in repetitive behaviours, which is another key characteristic feature of ASD. Altogether, this project has the potential to improve clinical practice for youth with ASD.”

Recruitment for the project is expected to begin in August 2021.

This press release was first published by the Kavli Trust