In this interview, PhD candidate Eirik Jerven Berger of the "Drug Policy Reform" group at Promenta talks about his fieldwork on illegal drug dealing in Oslo West and his earlier work with gangs in Chicago, and about the importance of good mentors in shaping academic careers. 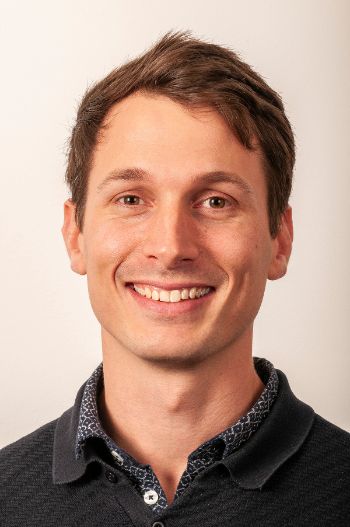 Where are you right now, both physically and professionally?

I am currently sitting at Harriett Holters Hus at the University of Oslo, in a room that is usually used for online teaching; I normally sit in a shared space with 7 people in total, I could probably not have our meeting in that room even if I wanted to!

Professionally, I’m going into the third year of my PhD. For me as a qualitative researcher that means I already spent time in the field, I’ve gotten to know my research questions, I’ve collected data, transcribed, coded, and analyzed most of it, and now I’m mostly writing up the dissertation.

What made you choose this career path?

A defining moment came about in my second year of college in Chicago, when I met a professor who was doing research on the peacemaking efforts of former and current gang leaders in Chicago. This professor had all these interesting projects going on, and we quickly became friends. He became a real mentor to me and let me tag along and I had a front seat to the nuts and bolts of social science research for several years. I literally had the front seat, I was sitting in his car while we were driving around to different Chicago neighborhoods, talking to the community organizers and gang leaders. I got to see how research was done while learning a lot about the city, its people, and its social issues.

With the help of my mentor, I wrote my BA thesis on students’ perceptions of crime in Chicago over time and place. He encouraged me to get my masters at the University of Chicago. While I was there, I was fortunate enough to have another great mentor and advisor. The professor at the University of Chicago was working on how digital social media is changing the social fabric of gangs, urban culture, and poor inner-city neighborhoods. He ended up advising my MA thesis which was focused on how former and current Chicago gang leaders come to see their violence prevention with youth as integral to solving issues of crime and violence in the city. To sum up, I think what made me choose this career path was a combination of my general interests and learning the craft of research from my mentors in Chicago.

How did you end up at PROMENTA, working on this specific project/research questions?

After spending a year teaching at the University of Chicago I moved back to Norway and got married. I always wanted to do an Oslo-based project, and when I saw the PROMENTA position announced right before moving back to Norway, I thought “wow, this is just perfect!”.

Once I got the position, I have been constantly working with my advisors, professor Willy Pedersen and professor Sveinung Sandberg, on what are the most important questions to ask and what methods to use - how I should enter the field and who I should talk to, and what kind of questions we should be asking our research participants. It’s really been an ongoing effort in close collaboration with my two advisors who combined have probably 50 years of experience working on drug use and drug dealing among youth, which is really in line with what I am doing.

What question or challenge were you and your research group setting out to address when you started this work?

The first part of my dissertation is connected to pathways to offending among affluent young people. We are particularly interested in how this happens - these are the people that from the outside appear to have a lot to lose and have a lot of opportunities, so it’s interesting to investigate what their pathways to offending look like and if they are similar to the ones in disadvantaged communities.

We knew before starting our project that illegal drug use and distribution of drugs is wide-spread in most segments of society, and we knew it is mostly studied in disadvantaged communities. We knew a lot about pathways to drug offending and dealing for people from those backgrounds.

Based on survey data in Oslo we also knew that there is actually quite a bit of illegal drug use in the affluent Western side as well. In recent years there’s been an increase in use and availability of illegal drugs such as cannabis in these areas, but we knew very little about who the drug distributors are, what their pathways to drug dealing look like, whether drug use and dealing is connected to subcultures, street-culture, those sort of things. We did not know much about the underlying mechanisms and the meaning attributed to drug use and dealing in these environments - are there social problems connected to these things, are they often punished by police? That was broadly speaking some of the questions we wanted to address in this project.

What is the coolest thing about your research?

In general it’s having the fortune to get to know people and their lives, experiences, and histories that I would otherwise not have access to. I have been very humbled by this experience, knowing that often this is the first time that they talk about the things they tell me. Many of the adolescents I spoke to have never told these things to anyone, partly because it is illegal, and they are afraid they will be punished. They obviously cannot talk to their parents about it, and they’re also reluctant to talk about it with friends.

The people we talk to know that what they tell us is confidential, so this research project provides a good space for them to talk and to share their stories.

I should also say that I really enjoy being at UiO and having such a great community of other wonderful people I can talk to - - other PhD students, my advisors, other professors - and I found that being part of PROMENTA is great because then I can go to their seminars and conferences and I feel like I am part of the community.

Have any of your findings surprised you and if so – why?

When taking up my research, I read up on the literature on drug dealing and criminal pathways in white middle class communities, and how privilege was part of their pathways to drug offending. They are less prone to being caught and have fewer problems associated with drug dealing, they mostly live in peaceful communities where there are few problems, they have access to all kinds of resources, their lives are in general just really good, you know?

But as I was doing research, I found that for my participants these different pathways were influenced by disadvantage in different ways. For instance, some people would talk about family disruptions in their upbringing, they would talk about drug abuse at home, they would tell stories about not fitting in at school, dropping out, having different psychosocial problems, such as anger, or PTSD-like symptoms based on their sort of difficult upbringing and how this actually led to them to relate to more street-oriented peers, start to use different drugs and how this eventually gave them know-how, some self-respect and respect from others, and this was a way into drug dealing for them. That was quite surprising. These were people that have very resourceful backgrounds, but they have these experiences that were in some way similar to experiences that we may find in poor communities.

What do you like to do when you aren’t working on your research?

Mostly I am with my wife and with our 6-month-old son, so there is no free time – haha! My free time is when I take the subway to work and back.

Tell us one thing from your field that you think we should listen to or read?

I actually have 3 things I would like to share. The first one is a paper recently published titled “Privileged background protects against drug charges: A long-term population-based longitudinal study”, written by my advisor Willy Pedersen and colleagues. I think it is a great piece, one of a few done on the more privileged parts of society, and it is a new one.

In terms of Twitter, I would follow Sveinung Sandberg (@SveinungSandbe1), he is doing interesting research on crime and violence, and he is currently launching a 6-country prison study in Latin America, where they will be conducting 900 life story interviews involving 300 prisoners, it’s called CRIMLA as in CRIMe in Latin America. The goal is to provide important knowledge on the sharp increase in crime in Latin America in the past two decades and how this increase is closely connected to the growth of US drug markets and the weakness or failure of states.

The last thing is a very new and important book written by Forrest Stuart, professor at Stanford University, called “Ballad of the Bullet: Gangs, Drill Music, and the Power of Online Infamy”. It’s essentially the book about how poor urban youth are developing creative online strategies to make ends meet. It’s based on extensive fieldwork and countless interviews and gives an on the ground account of how poor urban youth with few opportunities are now turning to social media to capitalize on the public’s fascination with the ghetto and gang violence.

Finally - how would you explain your research to a 10-year-old?

I found this the most difficult question; I called my wife and asked her how to answer this question. To a 10-year-old I would say I try to understand why some young people begin using illegal drugs, and why some begin selling illegal drugs. I also try to understand how they manage challenges and risks of these activities, using and selling these drugs is illegal, and they can be punished by police and parents.