Eilert Sundt-forelesningen 2011: Does the Welfare State Do What it Promises to Do?

Professor i statsvitenskap Kees van Kersbergen fra Universitetet i Aarhus foreleser over tema: Does the Welfare State Do What it Promises to Do?

Podcast from the lecture. 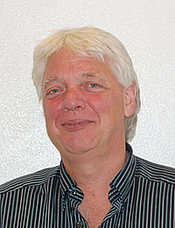 About the lecture: To an amazing extent welfare states (according to their regime logics) do what they do. There are numerous pressures, threats, undermining developments, but if you look at the indicators, it is almost impressive, so to speak and with qualification, what they do, although some do a much better job than others (and I will point to Norway here!). But will the welfare state keep on doing what it promises  to do in the wake of the financial and economic crises and their aftershocks? Even though the adaptability of the welfare state is impressive, it again faces a huge threat. It also asks political courage and a longer term perspective, two conditions not often find in the daily struggles of democratic politics.

Comparative data from all welfare states will be presented and it will be zoomed in onto some regime differences. Kersbergen will present the latest data available, which are gathered for a book he is working on including recent plans to cope with budget deficits and how this might affect whether welfare states will continue to do what they promise to do.

The lecture is public and open to all.

Kees van Kersbergen is professor of Political Science at the Department of Political Science at the University of Aarhus. He has a Ph.D. from the European University Institute (1991, cum laude). His main research interests lie in comparative political sociology, politics and economy. He is the author of Social Capitalism. A Study of Christian Democracy and the Welfare State (Routlegde 1995), winner of the Stein Rokkan Prize in Comparative Social Science. He is co-editor (with Robert H. Lieshout and Grahame Lock) of Expansion and Fragmentation: Internationalization, Political Change and the Transformation of the Nation State (Amsterdam University Press 1999) and (with Philip Manow) of Religion, Class Coalitions, and Welfare States (Cambridge University Press, 2009). He has published in the European Journal of Political Research, the European Journal of International Relations, Party Politics, Acta Politica, the Journal of European Public Policy, the Journal of Common Market Studies, and the Journal of Theoretical Politics, among others.