Next year is election year in France. The incumbent, Nicolas Sarkozy, will almost certainly run for president again. Who will challenge him under the banner of Parti socialiste (PS)? 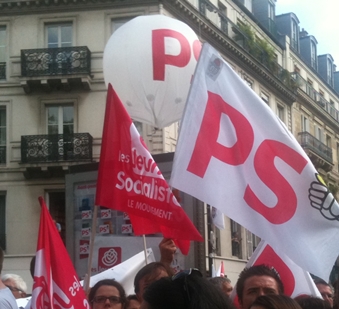 Next year is election year in France. The term for both president and National Assembly expires in the spring. This year candidates for the presidency will emerge. So far, only one is officially on the list: Marine Le Pen of Front national. But the incumbent, Nicolas Sarkozy, will almost certainly run again. Who will challenge him under the banner of Parti socialiste (PS)?

PS will appoint its presidential candidate in a primary election to be held in Octobre. Anyone who professes adherence to the “values of the left” will be allowed to vote. There is a number of potential contenders. Some, notably Ségolène Royal, declared their candidacy early. Royal was the socialist who lost to Sarkozy in the presidential election of 2007. Then she conducted a weird, unideological campaign, distancing herself from the party and its programme. She is unlikely to do the same again if she gets another chance, which is also unlikely.

Her former husband, Francois Holland, made his wish to be presidential candidate official this week. He was secretary general - which is tantamount to leader - of PS between 1997 and 2008. His identification with the party as well as his political savoir faire is uncontestable. But few have so far accorded him much of a chance, for reasons that are a bit obscure.

Dominique Strauss-Kahn, the current director of IMF, is the favourite of most mainstream socialist voters. Many non-socialists, too, may be ready to vote for him if he runs next year. But he is not to the taste of the socialist party’s left-wing, and he is a bête-noire of parties and voters further to the left. Their electoral support will be needed if the final choice is between a socialist and Sarkozy (if, that is, Marine Le Pen does not make it to the second round of the presidential election, which she may well do, like her father did in 2002, in which case a huge majority will almost certainly rally around her opponent, like they rallied around Chirac in 2002).

Strauss-Kahn evidently hesitates to run in the socialist primary election and may decline to do so if a close race is in view. Another conjectural candidate, who also cringes, is Martine Aubrey. She is the party’s competent but somewhat gloomy secretary-general. Whether she will enter the competition is anyone’s guess.

Ideologically, not much sets Strauss-Kahn apart from Hollande or Aubrey. Aubrey may pass for a more conventional French socialist, but this is due to image, not substance. The three are all moderates who may be counted on to finalize the tortuous transformation of PS to an ordinary social democratic party. Royal, by contrast, increasingly invokes slogans reminisicient of the earliest Mitterrand era, when PS was wedded to traditional socialism, at least in theory. But no one believes anything concrete will ever come out of her occasionally anti-capitalist rhetoric.

The primary election of the socialist party may become a courteous contest in good faith between contestants who exhibit all the virtues of deliberative democracy. Or it may become an ugly, edgy competition.