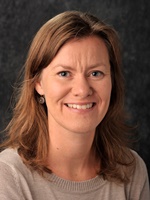 Tema for prøveforelesning: The viability of the Scandinavian citizenship regime – welfare, gender and Norwegianness in comparative perspective.

Complex Norwegianness: National Identity and Participation in the Enactment of Citizenship

This thesis presents a study of the conditions for women’s collective political participation in contemporary Norway. Empirically, it investigates the conditions for women’s political participation through civil society organizations, firstly, in relation to the state; secondly, from the perspective of women’s activism within organizations; and thirdly, from the perspective of individual women’s lived experiences.

Theoretically, this thesis draws on citizenship theory and it contributes to bridging the gap between a theoretical notion of citizenship and empirical studies of political participation in the Norwegian context. The Norwegian population has become increasingly diverse in terms of different ethnicities, cultures and religions in the last thirty years, and issues relating to the contents of citizenship – participation, national identity and belonging – have become central issues in public debate.

This thesis introduces the concept of complex Norwegianness, which highlights the interplay between women’s political participation, identity and belonging in their enactment of citizenship in the Norwegian context. It focuses particularly on the negotiation of informal membership aspects, which includes recognition or misrecognition of various identities and belongings within the notion of Norwegianness. This is because processes of inclusion and/or exclusion with regard to the notion of Norwegianness affect opportunities for political participation.

This thesis provides new empirical evidence regarding negotiations of informal membership, which take place in the intersection between gender, ethnicity and religion, and result in symbolic as well as institutionalized boundaries between majority and minorities. Negotiations concerning informal membership take place in different sites and at different levels of society, including outside of the areas that are traditionally considered to be political – such as minority women’s organizations and in religious communities.

The main argument of this thesis is that women’s political participation, identity and belonging are interlinked in their enactment of citizenship. The thesis analyses the interplay between institutions, discourses and experiences, and argues that the recognition of complex identities and modes of belongings is crucial if different groups of women are to enact their citizenship rights.