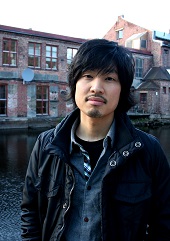 States normally claim various territorial rights over particular portions of the earth. These include rights of jurisdiction over a designated territory, rights to control natural resources located within that territory, and rights to control movements of persons and goods across its borders.

But how can a state become morally justified in wielding such rights over a particular territory? This dissertation discusses two answers that have become widespread in the ongoing philosophical debate. Both draw on John Locke’s so-called labor theory of acquisition, according to which an agent may acquire an external object (such as land) through the expending of labor upon it.

The first Lockean perspective focuses on desert. The idea is that after a group has expended its labor upon land, the value of that land has increased immensely, and the group’s labor is overwhelmingly responsible for that increase in value. Examples are cultivation of land, the construction of roads, waterways and buildings. Value-creation requires an effort, and the laboring group deserves a reward for the effort expended. It is then argued that the group’s receiving territorial rights over the land itself is the most fitting reward.

The other Lockean perspective focuses on autonomy. On this perspective, a group labors on a piece of land by incorporating it into the projects and life plans of its members. Over time, their relation to the land might become pivotal for sustaining their identity and way of life. Without continued control over the land, the group members will not be able to control fundamental parts of their life. When this has happened, respect for (personal) autonomy requires non-interference with the group members’ existing life plans, all else equal.

This dissertation discusses the strengths and weaknesses of these two Lockean perspectives as justifications for territorial rights. It argues that both have serious deficiencies, but it also suggests some potential remedies. Considered together, the papers of the dissertation offer reasons for cautious optimism about the prospects for further developing a plausible Lockean labor theory of territorial rights acquisition.