Cand. polit. Rania Maktabi ved Institutt for statsvitenskap vil forsvare sin avhandling for graden ph.d.: The politicization of the demos in the Middle East: Citizenship between membership and participation in the state. 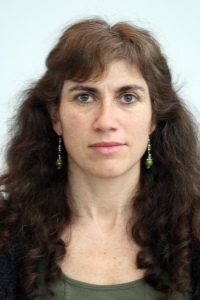 Tittel på prøveforelesning: Political and scientific debates in the region in the wake of the Arab Spring: What relevance for the issue of citizenship?

The thesis looks into the process of state formation and analyzes the political impact of the organization and distribution of power along gendered and religious lines in the Middle East and North Africa region (MENA). The emphasis on the state’s demos, the Greek word for ‘population’, seeks to highlight how ‘the people’ is constituted upon which kratos, the Greek word for governance, is carried out.

A theoretical and analytical focus on the constitution of the demos challenges democratization theories and analytical approaches that do not account for degrees of exclusiveness or inclusiveness of those who constitute members of contemporary Arab polities (citizens and denizens), and residents in territorial states (stateless, refugees, noncitizen workforce). Hence, the ‘politicization of the demos’ reflects that individuals and groups are included or excluded from the citizenry, as well as from full membership in the polity, in ways that are continuously addressed, reframed and sought settled within contemporary Arab states since the establishment of territoriality as organizing principle in MENA after 1920.

Among the main conclusions of the thesis is that the legal status of women as full members of the polity in Arab states is a political cursor that reflects the comprehensive democratization of society. Female civil rights are not only ‘women’s issues’. The use of state power in institutionalizing and distributing civil rights among and between citizens reflects central issues of consent and dissent pertaining to how, and in which ways, power is organized and allocated within the polity. Seen from a state formation perspective, female citizens are ‘the masses’ in present-day Arab polities. The thesis provides analytical and theoretical tools that enable researchers and observers to understand and explore further political development in the aftermath of the 2011 Arab uprisings.