Oil Counter-shock: The Price Collapse of the 1980s

Dag Harald Claes and Einar Lie have contributed with the chapter "The Counter-Shock in Norwegian Oil History" in Oil Counter-shock: The Price Collapse of the 1980s, edited by Duccio Basosi, Giuliano Garavini and Massimiliano Trentin. 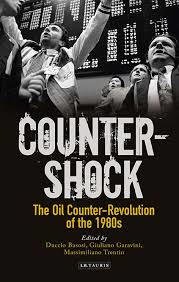 The fast-growing petroleum sector had a huge impact on Norwegian trade, incomes and economic policies, but hardly on domestic energy allocation and consumption, which continued to rely on hydro-electric power. The counter-shock in 1986 still had large and longlasting consequences for the Norwegian economy and economic policymaking. The oil riches had had a strong influence on public and political debate and perceptions from the mid 1970s. The counter-shock highlighted the oil dependency of the Norwegian economy. Among its consequences were a number of strong contractionary measures, closures of state-owned enterprises, deregulation of energy markets etc. Norway’s attitude to OPEC cooperation changed too. Prior to 1986 Norway chose not to engage in any kind of discussions with OPEC connected to regulation of production volumes. After the counter-shock, Norwegian authorities engaged in discussions with OPEC and contributed to reductions in production and sales volumes.

Full information about the book

Oil Counter-shock: The Price Collapse of the 1980s.