What motivates politicians to engage in legislative activities? In multilevel systems politicians may be incentivized by ambitions to advance their careers either at the state or federal level. This article argues that the design of the electoral institutions influences how politicians respond to these incentives. 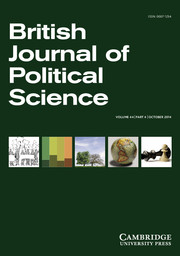