Presidential Partisanship in Government Formation: Do Presidents Favor Their Parties When They Appoint the Prime Minister?

Although often conceived as nonpartisan actors, presidents wield considerable political and institutional powers in parliamentary and semipresidential democracies. Do they interfere in the government-formation process in such a way as to change the outcome that parliamentary parties would have otherwise reached? We address this issue by examining the conditions under which the parties of presidents and prime ministers are the same in parliamentary and semipresidential democracies. 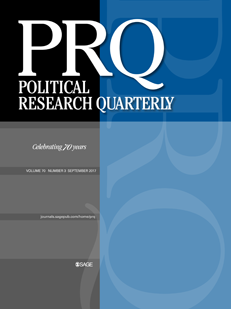 We use data for twenty-one countries over the postwar period and find that when presidents are directly elected and are constitutionally empowered to nominate the prime minister, the two leaders tend to come from the same party. This, however, is only true when the bargaining environment within parliament is complex, that is, when there are multiple viable governing coalitions. In this sense, the distribution of forces within parliament is still the main factor determining the identity of the prime minister, even in the presence of strong presidents.

This article was published in July 2017 in Political Research Quarterly and can be found here.