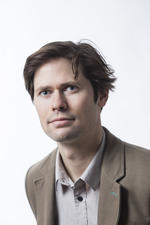 Gjerde's PhD project analyses Russian debates about Western double standards in international politics. His academic interests include Russian domestic and foreign policy, Russian-Western relations, and memory politics. Methodologically, he has a keen interest in programming as a tool for social science and area studies research, and he is the author of the R package corporaexplorer.

Gjerde is a research fellow at the Norwegian Institute of International Affairs (NUPI) specializing in post-Soviet, in particular Russian, politics. He has studied international relations in Russia and holds a Master degree in Russian studies from St Antony’s College, Oxford. Prior to joining NUPI, he worked as an Executive Officer at the Norwegian Embassy in Baku, Azerbaijan.

Gjerde is a member of the "Russia, Asia and international trade" research group at NUPI.