Declaring sustainability issues as emergencies: is it a good idea?

Manjana Milkoreit is a member of an international team of researchers exploring the pros and cons of framing current climate change and loss of biodiversity as an emergency. Can society cope with emergency frameworks as a core mode of responding to sustainability issues? 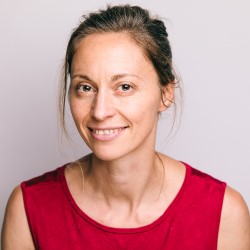 Even before the corona crisis was framed as an emergency in order to implement large-scale political decisions quickly, many scientists and policymakers called to do the same for climate change and biodiversity loss. Such calls are only becoming stronger over time. But is this a good strategy? Can society cope with emergency frameworks as a core mode of responding to sustainability issues? An international team of researchers led by Dr. James Patterson  external linkexplores the pros and cons.

Declaring a state of emergency about a problem could, on the one hand, generate public focus and support. For example, the worldwide school strikes drew attention to climate change in new ways. Advocates of climate action could be empowered when climate and biodiversity crises are recognised as emergencies, “as new groups may gain a platform to influence political debates,” say the researchers.
On the other hand, public attention could become so divided between different crises, or create feelings of fear and guilt, that people feel overwhelmed and take no action at all. Emergency frameworks could also create pressure to ‘return to normal’ rather than creating fundamental changes in political and economic systems. They could also afford momentum to opponents of climate action by reinforcing polarisation over climate action.

Framing issues as an emergency can allow political decisions to be made faster than usual, but this could also have a negative effect, the researchers warn: “The opportunity for ‘puzzling’ to find politically feasible solutions can be lost, and by making decisions too quickly, people's rights may be curtailed.” This could mean that a quick decision does not turn out to be the right one in the end, or that only the symptoms of a problem are addressed rather than the root cause. Although, these effects are likely to depend on the existing strength of a democracy: for robust democracies there is probably much less risk than in highly polarized settings, and authoritarian settings might be especially problematic.

“It’s clear that declaring a state of emergency to solve a problem is not that simple,” the researchers say. “Emergency frames can bring about sustainable change and public awareness of the severity of problems such as climate change and biodiversity loss. But a key risk is that voices and needs are cut off, and quick fixes are used instead of more durable long-term changes that are really needed for a sustainable world.”

The researchers advocate finding a balance to produce enough ‘productive friction’ to hold political attention, but not so much that citizens and decision-makers become overwhelmed. “Emergency frames can play a partial role in stimulating sustainability action, but we should see them as just one tool in the kit, and not one to become too reliant on,” the researchers conclude.