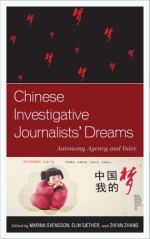 The book discusses journalists’ relations with the state and issues of political control and censorship but seeks to unpack the state by looking at different administrative levels, institutions and geographical locations. Furthermore, the authors acknowledge and analyze how investigative journalism today is shaped, constrained and negotiated through contacts with other actors than the state, including companies, civil society, and the audience. The book sheds light on the possibilities and restrictions for more critical journalism in an authoritarian regime.