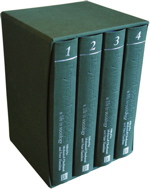 This Festschrift has been prepared to celebrate the life and work of Raymond Boudon (b. 1934). It provides 83 articles by a cross-section of the world's leading sociologists, social scientists and philosophers who offer analytical essays that explore and evaluate aspects of his many contributions to the understanding of contemporary society.

Boudon has been unusual amongst French sociologists in the scope of his grasp of both European sociology and that of the anglophone world, partly at least because he lived and worked in the United States during a key period of his career, and also because he has avoided the anti-Americanism so prevalent in some spheres of French academic life. Though well-versed in European philosophy, he was distinctive among his peers in opting for more practical interests. As he says in the autobiographical essay he has contributed to the first volume, "I wanted to orient myself rather toward a discipline dealing with the concrete human world." Though he hesitated between economics and sociology, his mentor Raymond Aron helped him choose sociology because he thought it offered more to a young man.

Although well-known for his path-breaking studies of the role of education on social mobility which have been translated into many languages, Raymond Boudon has also made critically important contributions across a wide range of intellectual domains with important work on values and beliefs, methodology and social theory, the role of intellectuals, rationality, relativism, and science, political theory, and the future of sociology and the other social sciences. He has written critically important work on the leading figures in sociological thought such as Tocqueville, Weber, Durkheim, Merton and Lazarsfeld, and been tirelessly active as a promoter of sociology as a central field of study for the scientific understanding and analysis of contemporary society.
The collection was presented to Raymond Boudon at a reception hosted by the Académie des Sciences Morales et Politiques in Paris on 7th October 2009. Speeches were made at the presentation by both editors of the collection and by Raymond Boudon himself.

Click here to download a transcript of the presentation speeches (in French) and photographs from the event in pdf form.

Part Two: Toward a General Theory of Rationality

Tocqueville and the Analysis of Religious Beliefs, Salvatore Abbruzzese
"I (She) Did This Because of That": Subjective Causality and Bayesian Narratives in Sociological Explanation, Peter Abell
Rationality and Relativism, Rod Aya
"You Can't Teach Your Grandmother to Suck Eggs ..." When Experience is a Good Reason to Make a Mistake, Gérald Bronner
Suicide Bombers: Beyond Cultural Dopes and Rational Fools, Robert J. Brym & Cynthia Hamlin
Agency, Rationality, Values: A Philosophical Perspective, Francesca Castellani
The Postulate of Rationality Between Universality and Diversity, Jacques Coenen-Huther
About the Rationality of Religious Beliefs, Charles-Henry Cuin
Hayek's Connectionist Psychology as a Defence for the Sociology of Good Reasons, Francesco Di Iorio
The Rationality of Human Action: Towards a Mises–Popper–Boudon Model? Enzo Di Nuoscio
Rational Choice, Evolution and the "Beauty Contest", Andreas Diekmann
Rationality and Commitment: The Model of Frame Selection and the Explanation of Normative Action, Hartmut Esser
Rationality and the World of Art: The Case of Photography, Peter Hamilton
Can Normative Disputes be Settled Rationally? On Sociology as a Normative Discipline, Ragnvald Kalleberg
Problems Without Ends: How Rational Choice Theory Escapes its Explanatory Task, Carina Mood
Business Firms and Capitalism: The General Theory of Rationality versus Prevailing Explanations, Jean-Michel Morin
Explaining Contentious Politics: A Case Study of a Failed Theory Development and a Proposal for a Rational Choice Alternative, Karl-Dieter Opp
Other-dependent Preferences and Moral Sentiments in Cognitive Economics Models: First Steps Towards a More "Generalised" Rational Choice Model, Denis Phan
Rationality — Broad and Narrow, Stein Ringen

An Empirical Theory of Social Justice, Michel Forsé
The Possibility Theorem: Towards a Sociological Explanation of Altruism, Salvador Giner
The Role of Aspiration Levels in Educational Choices: An Economic Foundation, Louis Lévy-Garboua & Lionel Page
Values: What Do They Do for Behavior? Siegwart Lindenberg
Boudon's Model of Relative Deprivation Revisited, Gianluca Manzo
Benefits and Costs of Vocational Education and Training, Walter Müller
Primary and Secondary Effects of Social Origin in Migrant and Native Families at the Transition to the Tracked German School System, Ilona Relikowski, Thorsten Schneider & Hans-Peter Blossfeld
Gods and Social Mechanisms: New Perspectives for an Explanatory Sociology of Religion, Jörg Stolz

Part Five: On the Shoulders of Boudon