In Sickness and in Health: The Role of Marital Partners in Cancer Survival

Astri Syse and Torkild Hovde Lyngstad found that married cancer patients have a better chance of survival, compared to their non-married counterparts. 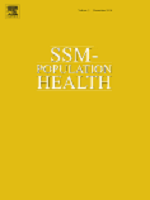 Married cancer patients enjoy a survival advantage, potentially attributable to better health at diagnosis, earlier contact with health personnel, and/or access to resources to ensure more optimal treatment. These mechanisms only invoke the mere presence of a partner, but partners bring varying amounts of resources into the household. It is likely that also spousal resources contribute to differentials in survival net of own resources, as gradients in survival by the latter are well documented. Our aim is to examine the combined roles of own and spouses’ socioeconomic characteristics (SES) and age for cancer survival.

Almost 268,000 married patients diagnosed with a first cancer after age 50 during 1975–2007 were identified from the Norwegian Cancer Registry and other national registers. In a sequence of hazard models, differences in survival by patients' own education, income and age and the role of spouses' characteristics were assessed. Furthermore, we also assessed the importance of homogamy/heterogamy along the same dimensions.

Partners’ characteristics clearly matter for survival. The relative survival of patients with highly educated partners, net of their own education, is significantly higher than that of patients with lesser-educated partners. Somewhat similar effects are observed for income, net of education. A less consistent pattern is observed for age, although non-normative heterogamy patterns in age and income appear to be associated with a survival disadvantage.

The naïve perspective of only considering the presence of partners may thus conceal important differences in cancer survival. Health personnel may take advantage of such knowledge in interactions with patients and their families, and gather information on resources in immediate networks that may impact prognosis favorable and/or unfavorable and help patients utilize these resources to improve prognosis.