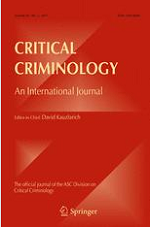 While sociologists of punishment have been interested in the notion of Nordic penal exceptionalism, rapid changes are taking place in the penal policies of one of the members of the Nordic zone. Norway’s penal state is growing increasingly punitive, and penal exceptionalism appears to be on the wane, evidenced by a growing incarceration rate, increasingly punitive sentiments in the population, moral panics over street crime, raised sentencing levels, the forcible detention and extradition of asylum seekers, punitive drug policies, and the creation of segregated correctional facilities for stigmatized foreign offenders. Penal transformation should be understood as the outcome of symbolic contestation between politicians eager to present themselves as “tough on crime,” increasing differentiation of the social structure that has led to the declining fortunes of rehabilitationism, and a nascent neoliberalization of the welfare state. As a consequence, Europe’s penal landscape may be growing more homogeneous.