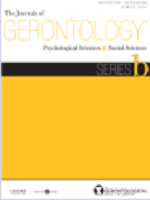 The religious landscape of older adults around the world is changing profoundly. Yet until now, no study has chronicled these changes or compared expected aging patterns of religious groups. Differential aging among religious groups can have important economic and social consequences. This study estimates and projects the future religious composition by age at the global and regional levels.

This study presents estimates of age structures by religion for 2010 and projections until 2050. It is based on analyses of more than 2,500 censuses, registers, and surveys from 198 countries. Regional and global results are the aggregate of demographic projections carried out at the country level.

The religious landscape among the world’s seniors will change fundamentally in the coming years, due to the combination of rapid aging among the religiously unaffiliated and Buddhist populations and the persistence of relatively young age structures among Muslims and Christians, which are the dominant religions in Africa.