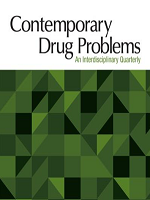 International drug policy has traditionally been based on the premise that illegal drugs are more harmful than legal substances. Here, we investigate how students in the UK and Norway now perceive possible harms related to tobacco and alcohol—which are legal—and cannabis—which is illegal.

Social science undergraduates at a university in the UK (n = 473) and Norway (n = 472) completed an anonymous survey. They were asked to rate the harms of tobacco, alcohol, and cannabis across five domains: (i) physical harms, (ii) mental health conditions, (iii) dependence, (iv) injuries, and (v) social consequences. Bivariate and multivariate analyses were used to compare the relative harms of the three substances across all the domains as well as possible differences between participants from the UK and Norway.

The legal substance alcohol was rated by students as more harmful than the illegal substance cannabis. The findings may imply that young people in the years to come may be less supportive of a traditional drug policy based on criminalization, at least when it comes to cannabis. At the same time, one may hypothesize that liberal alcohol policies may receive little support, given students’ perception of the possible harms associated with alcohol.