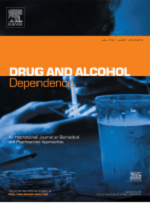 The Stockholm Prevents Alcohol and Drug Problems (STAD) programme has been regarded as one of the most successful programmes to date, in reducing alcohol-related violence. This multi-component Responsible Beverage Service (RBS) programme was implemented in Stockholm, Sweden, and has been documented to be extremely effective in reducing alcohol-related nightlife violence. The SALUTT programme in Oslo, Norway was carefully modelled on the STAD project.

We investigate whether the results from STAD were replicated in the SALUTT intervention.

The SALUTT programme had no statistically significant effect on violence. However, the level of violence in the different potential control areas of Oslo fluctuated without a clear common trend. Hence, it was difficult to establish proper control areas.

The results from the Swedish STAD-intervention were not replicated in Oslo. Successful interventions are not necessarily replicated in other contexts, and the current literature does not shed sufficient light on the conditions under which such interventions actually work. Moreover, more attention should be devoted to the identification of adequate control areas in future research.