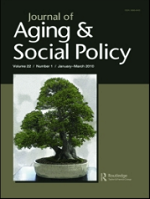 Recent pension reforms in Norway mean that old-age pensions to a greater extent are a function of adaptations made and decisions made throughout the lifetime. How much you work, who you work for, when you retire, and how you invest will influence your standard of living as an old-age pensioner. This article investigates one important source of information about retirement and pension, namely service journalism in main national newspapers. How is the issue of pension framed in these articles? And what kind of advice is presented by which kind of actors? Findings indicate that service journalism is dominated by pension industry sources, and old-age pension is framed as a function of individual investment choices rather than as citizens’ rights.