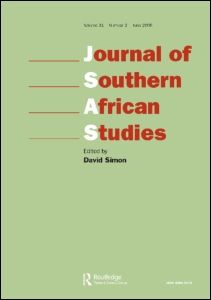 Casual labour practices are one of the defining characteristics of developing urban labour markets. Whenever non-governmental organisations (NGOs), businesses or the state apparatus institutionalise the use of casual labour, politics are involved. Based on a case study from Cape Town, South Africa, this article explores this politics of labour at the community level. A main focus is on the implications of casual labour practices for local civil society politics and forms of representation, by examining how different actors engage politically in the labour practices of municipal services and a large-scale housing project. Our analysis reveals how formal requirements for using local labour are interpreted in community terms as territorialised notions of entitlements and rights, leading to a simultaneous shift towards fragmentation and territorialisation of interests where local community groups facilitate employment casualisation ‘from below’. These processes also create new insider–outsider dynamics which threaten to fragment historical forms of class-based solidarity as community actors compete over access to limited resources; they also challenge broader aims of integration in an urban landscape deeply divided by class and race.