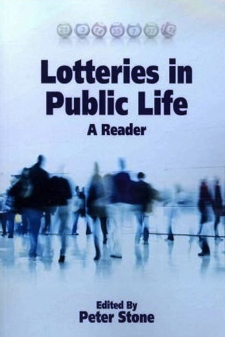 The idea of drawing lots for the appointment to political office seems strange in modern societies. Yet, this has been an enduring practice in several culturally complex societies. Most important among these are Greece of the Antiquity, Northern Italy of the Renaissance, and 18th century Switzerland. The article gives a brief description of the use of lotteries in politics, refers the discussions in classical and modern political theory, and summarizes the arguments for and against drawing lots. Possible consequences of introducing lotteries at various stages in the selection process are pointed out. Finally, general reasons for the introduction and abolition of lotteries are summarized.